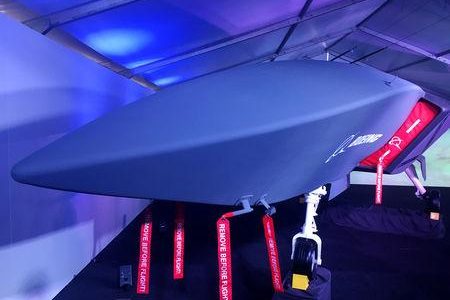 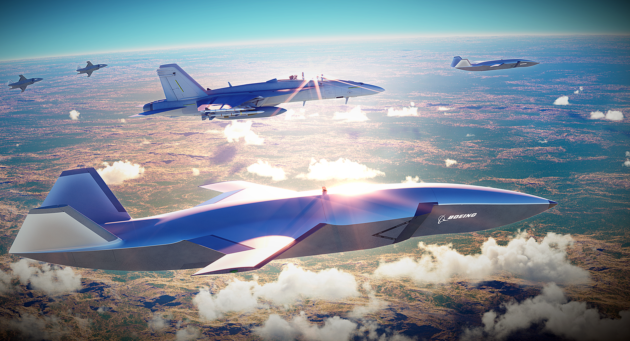 AVALON, Australia (Reuters) – Boeing Co on Wednesday unveiled an unmanned, fighter-like jet developed in Australia and designed to fly alongside crewed aircraft in combat for a fraction of the cost.

The U.S. manufacturer hopes to sell the multi-role aircraft, which is 38 feet long (11.6 meters) and has a 2,000 nautical mile (3,704 kilometer) range, to customers around the world, modifying it as requested.

The prototype is Australia’s first domestically developed combat aircraft since World War II and Boeing’s biggest investment in unmanned systems outside the United States, although the company declined to specify the dollar amount.

The Australian government is investing A$40 million ($28.75 million) in the prototype program due to its “enormous capability for exports,” Minister for Defence Christopher Pyne told reporters at the Australian International Airshow.

Defense contractors are investing increasingly in autonomous technology as militaries around the world look for a cheaper and safer way to maximize their resources.

Boeing rivals like Lockheed Martin Corp and Kratos Defense and Security Solutions Inc are also investing in such aircraft.

“To bring that extra component and the advantage of unmanned capability, you can accept a higher level of risk,” he said. “It is better for one of these to take a hit than for a manned platform.”

The Mitchell Institute for Aerospace Studies in the United States said last year that the U.S. Air Force should explore pairing crewed and uncrewed aircraft to expand its fleet and complement a limited number of “exquisite, expensive, but highly potent fifth-generation aircraft” like the F-35.

In addition to performing like a fighter jet, other roles for the Boeing system include electronic warfare, intelligence, surveillance and reconnaissance alongside aircraft like the P-8 Poseidon and E-7 Wedgetail, said Kristin Robertson, vice president and general manager of Boeing Autonomous Systems.

“It is operationally very flexible, modular, multi-mission,” she said. “It is a very disruptive price point. Fighter-like capability at a fraction of the cost.”

Robertson declined to comment on the cost, saying that it would depend on the configuration chosen by individual customers.

The jet is powered by a derivative of a commercially available engine, uses standard runways for take-off and landing, and can be modified for carrier operations at sea, Robertson said. She declined to specify whether it could reach supersonic speeds, common for modern fighter aircraft.

Its first flight is expected in 2020, with Boeing and the Australian government producing a concept demonstrator to pave the way for full production.

“I would say we are some years away from exports, we are probably years away from it being in operation here in Australia,” Pyne said. “It is designed to be a cheaper platform, a shield if you like around the more expensive platforms, to protect our servicemen and women who might be on a Poseidon or a Wedgetail or a F-35A.”

Australia, a staunch U.S. ally, is home to Boeing’s largest footprint outside the United States and has vast airspace with relatively low traffic for flight testing.

The Boeing Airpower Teaming System will be manufactured in Australia, but production lines could be set up in other countries depending on sales, Arnott said.

The United States, which has the world’s biggest military budget, would be among the natural customers for the product.

“The U.S. has more specific plans for the wingman concept, but Western Europe will likely develop their requirements in parallel, to abate the capabilities of China and the Russian Federation and other potential threats,” he said.

Robertson declined to name potential customers and would not comment on potential stealth properties, but said the aircraft had the potential to sell globally.

“We didn’t design this as a point solution but a very flexible solution that we could outfit with payloads, sensors, different mission sets to complement whatever their fleet is,” she said. “Don’t think of it as a specific product that is tailored to do only one mission.”