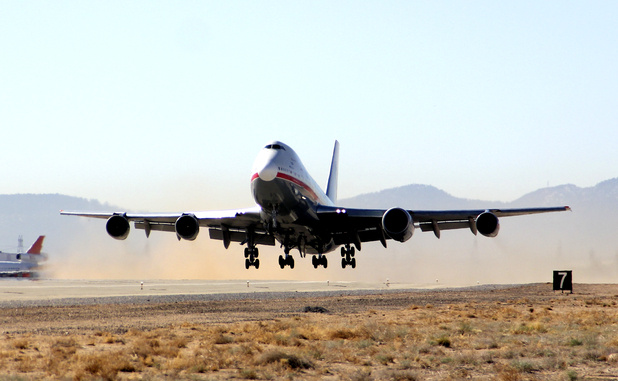 Boeing has begun flight tests of a 747-8 passenger model powered by upgraded General Electric GEnx-2B engines, which are expected to improve fuel burn by a further 1.8 percent.

The flight tests, using RC021, an aircraft formerly destined for Lufthansa, began on May 20 with a four-hour flight from Everett, Wash. The flight evaluated the initial performance of the GEnx-2B Performance Improvement Package (PIP), as well as upgrades to the flight management computer (FMC) software. These latter changes—incorporated as FMC 3.0—will add improved required navigation performance and “quiet climb” functionality.

The FMC changes also are related to the activation of the aircraft’s horizontal tail fuel tank, the design and operation of which will also be validated in the test program. The 3,300-gal. tailplane fuel tank, which is a feature only in the passenger version, was de-activated before the first aircraft entered service when analysis indicated that, under certain fuel load circumstances, the tail tank could induce flutter.

For the complete story by Guy Norris of AviationWeek.com, click here.

Photo by GE via Aviation Week