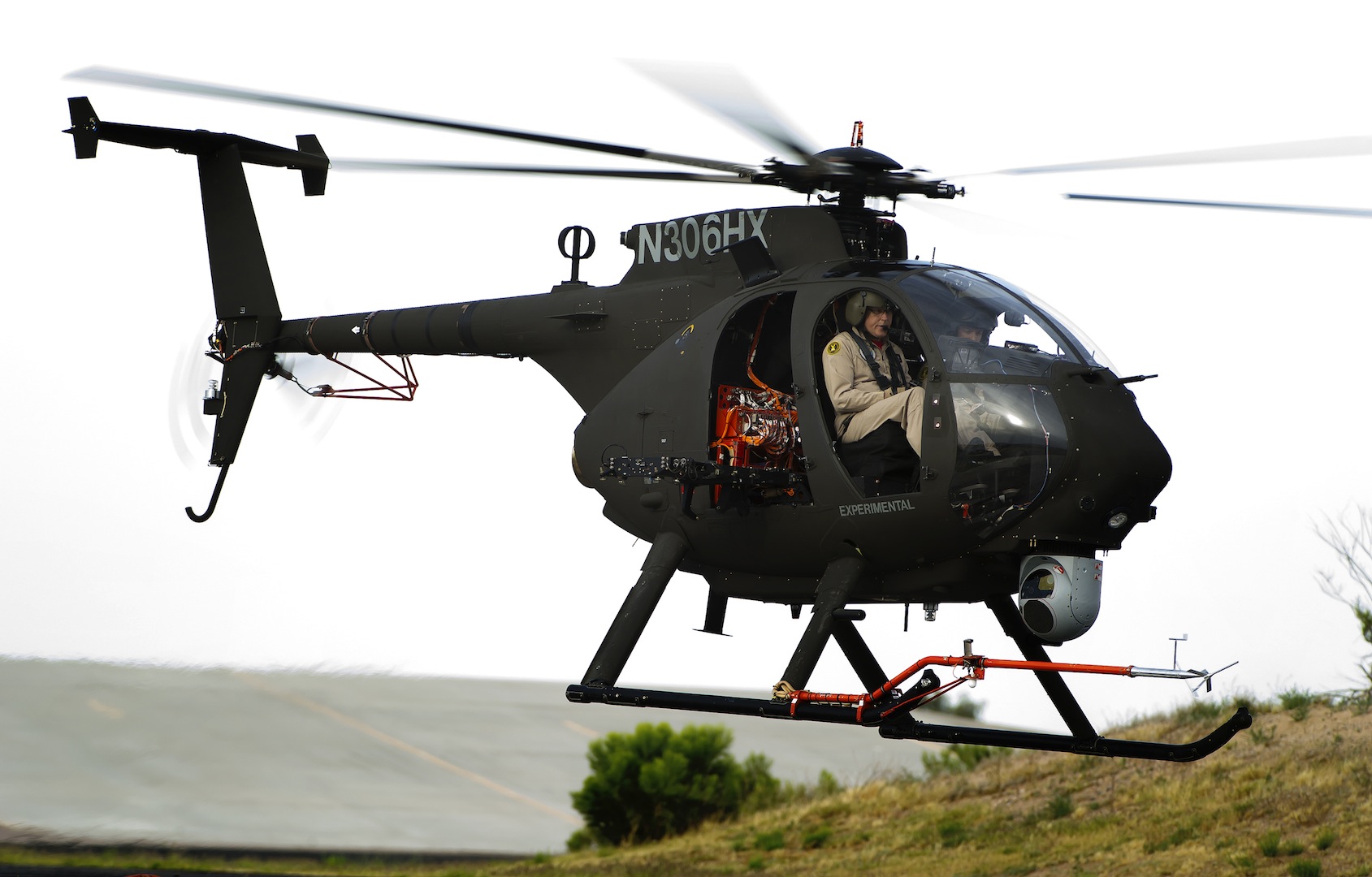 Boeing said that it recently flew its AH-6i light attack-reconnaissance helicopter for the first time in production configuration. Flight status moves the program “another step closer to full-scale production,” the manufacturer said on May 1.

Company pilots flew the helicopter “for less than 20 minutes at low speeds in forward, rearward and sideward flight at low elevations” during the flight-test in Mesa, Ariz. Future tests will expand the flight envelope over the next several months, according to the announcement.

The single-turbine AH-6i is based on the venerable Hughes OH-6A Cayuse, and is an “advanced variant” of the AH-6M operated by U.S. Army Special Operations Forces, according to Boeing. The AH-6i was contained in a huge arms deal the U.S. and Saudi Arabian governments negotiated in 2010 that includes Boeing F-15SA fighters and AH-64D/E Apache attack helicopters, Sikorsky UH-60M Black Hawk utility helicopters andMD Helicopters MD530F light helicopters.

For the complete story by Bill Carey of AINonline, click here.