One of the largest aircraft of World War II, the B-29 had state of the art technology, including a pressureized cabin; dual-wheeled, tricycle landing gear; and an analog computer controlled fire control system that allowed one gunner and a fire-control officer to direct four remote machine gun turrets. The $3 billion cost of design and production (equivalent to $42 billion today)—far exceeding the $1.9 billion cost of the Manhattan Project—made the B-29 program the most expensive of the war. 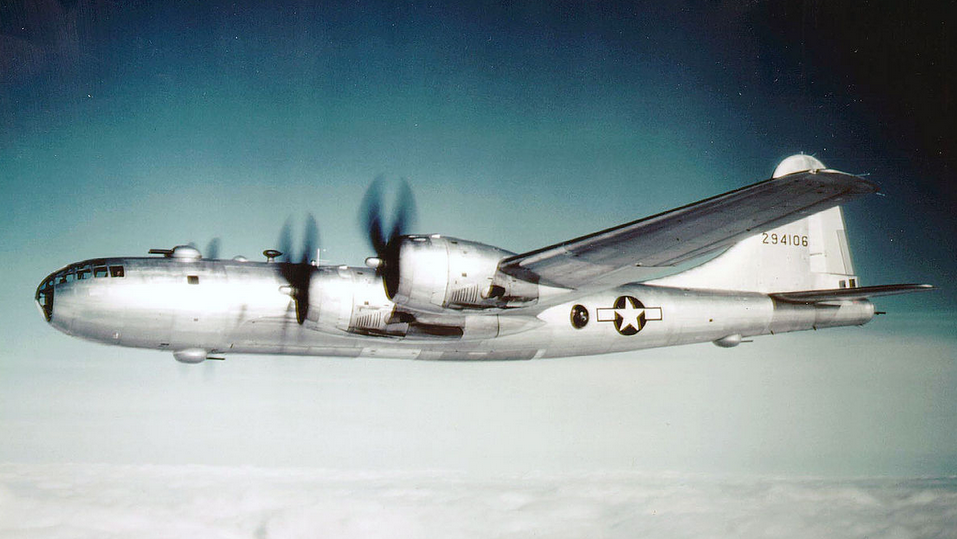 The B-29’s advanced design allowed it to remain in active service in various roles throughout the 1950s. The type was retired in the early 1960s, after 3,970 had been built. 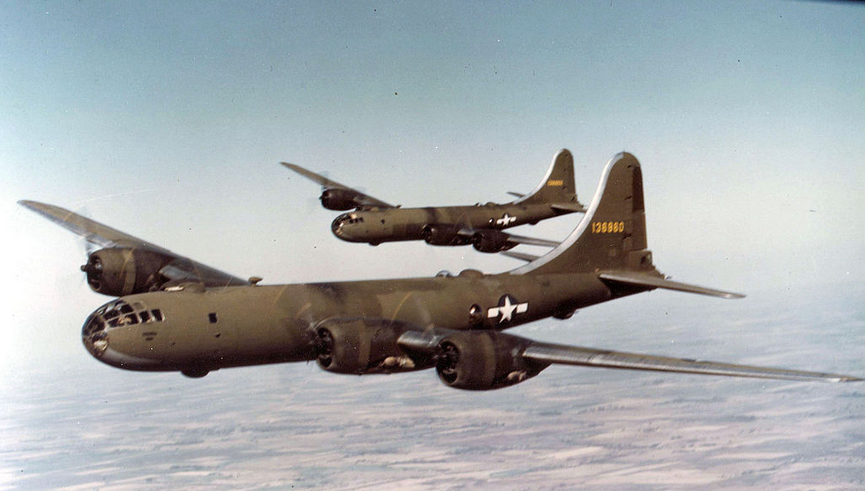