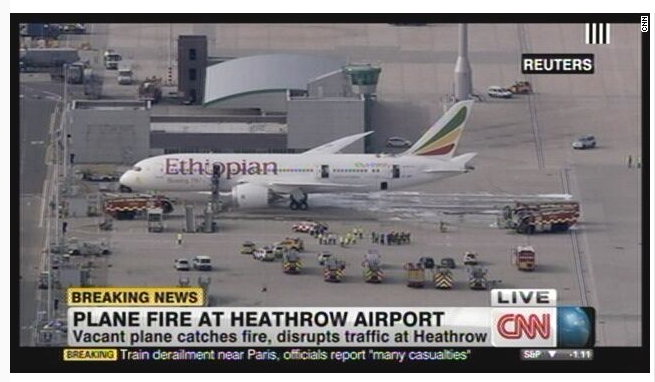 A fire and “technical issue” aboard two Boeing 787 Dreamliners on Friday raised new safety concerns for the long troubled airliner. The fire ignited on an empty 787 operated by Ethiopian Airlines that was parked at London’s Heathrow airport. No one was hurt and the incident shut runways for about an hour before operations resumed, the airport said.

Details were unclear about the fire’s cause or location aboard the plane.

In a separate incident on Friday, Thomson Airways reported a “technical issue” aboard its Dreamliner flying from Manchester, England, to Florida. The aircraft returned to Manchester as a “precautionary measure,” Thomson said in a statement.

For the complete story by  Michael Martinez and Thom Patterson of CNN, click here.