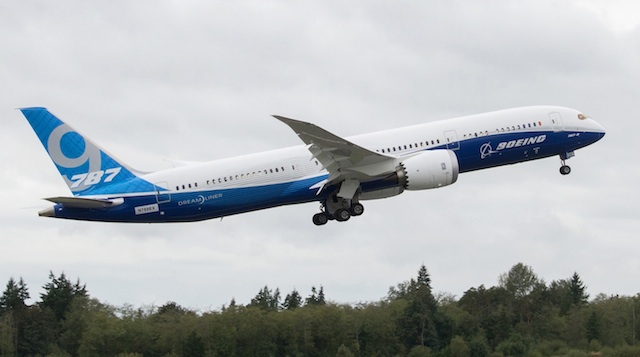 The extended version of the fuel-efficient wide-body jet will enter service later this year with Air New Zealand. And ahead of this official launch, Boeing’s second test aircraft flew across the Pacific Ocean from Boeing’s factory in Seattle to Auckland.

As well as marking the aircraft’s first appearance outside the U.S., the nearly 7,000-mile flight was also the longest undertaken by the B787-9 since the test programme began. The flight lasted 13 hours and 49 minutes. During the Auckland visit, Air New Zealand personnel and media will be given the chance to tour the aircraft, although no public viewings will be permitted.

For the complete story by Travel Daily Asia, click here.