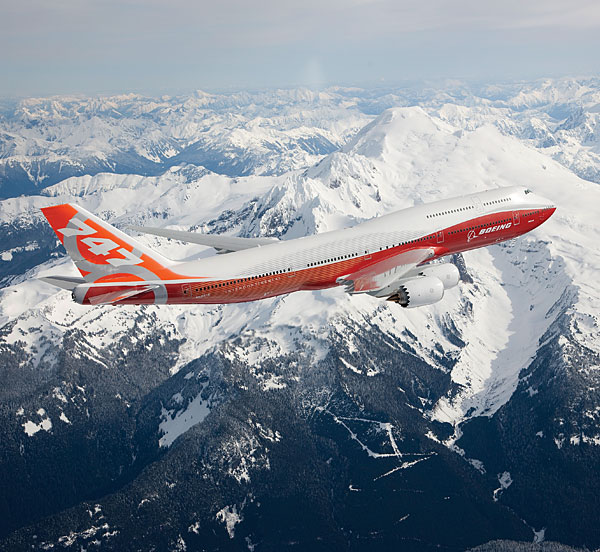 The largest ever Boeing airliner has made a successful first flight. The 4-hour 25-minute flight was from Boeing’s 747 production facilities at Paine Field in Everett, Washington, to Boeing’s developmental site at Boeing Field in Seattle, Washington. This newest version of the 747 took off at 9:59 a.m. and landed at
2:24 p.m. local time. Boeing 747 chief test pilot Mark Feuerstein and pilot Paul Stemer flew the Dash 8 on its maiden flight. At the event, Feuerstein remarked on what a great privilege it was to be at the controls of such a great airplane on its first flight, and what an honor it was to share the day with the thousands of men and women who had designed and built the plane. The airplane reached a maximum altitude of 19,000 feet and a maximum speed of 288 miles per hour during the initial flight test.

According to Boeing, the 747-8 Intercontinental will have the lowest seat-mile cost of any large commercial jetliner and 12 percent lower costs than its predecessor, the 747-400. It’s powered by four 66,500-pound-thrust class General Electric GEnx-2B turbofan engines that are quieter and more fuel efficient than earlier 747 propulsive system engines. Thirty-three of the new 747-8 Intercontinental jetliners have already been ordered by airlines. They can carry up to 467 passengers in the typical three-class configuration. The aircraft’s maximum speed is Mach 0.855, and its maximum range is 8,000 nautical miles. —Steve Pace