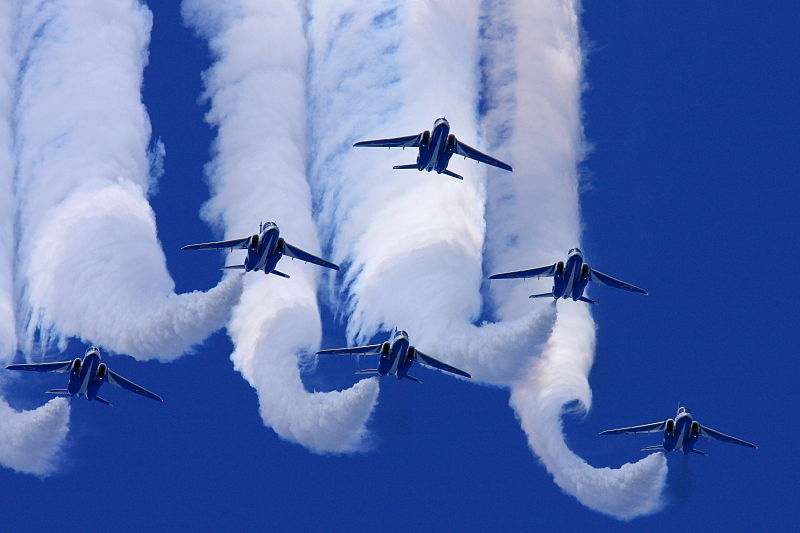 Three pilots have escaped unharmed after their jet planes collided in midair off the Japanese coast, a military spokesman said.

Two Kawasaki T-4 trainers belonging to the Blue Impulse aerobatic display team of the Japanese air force made contact as they practiced flying in formation, with one plane damaging part of its nose and the other losing a bit of a stabilizer. The two-seat, twin-engined jets landed safely at Matsushima Air Base in northern Japan after the incident over the Pacific Ocean southeast of the base, the spokesman said.