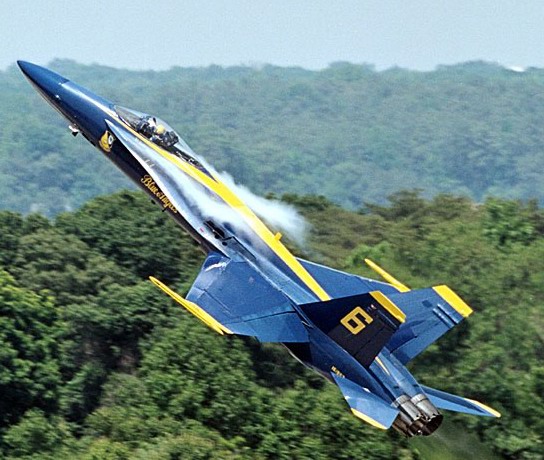 The U.S. Navy’s flagship aerobatic squadron, the Blue Angels, is set to return to Evansville, Ind., in 2015 — a decade after last performing here during the 2005 Freedom Festival.

The Blue Angels have performed in Evansville three times since 2000 — in 2001, 2002 and 2005. Twice since then, the flight team has canceled scheduled performances in Evansville.

For the complete story by Zach Evans of the Evansville Courier & Press, click here.