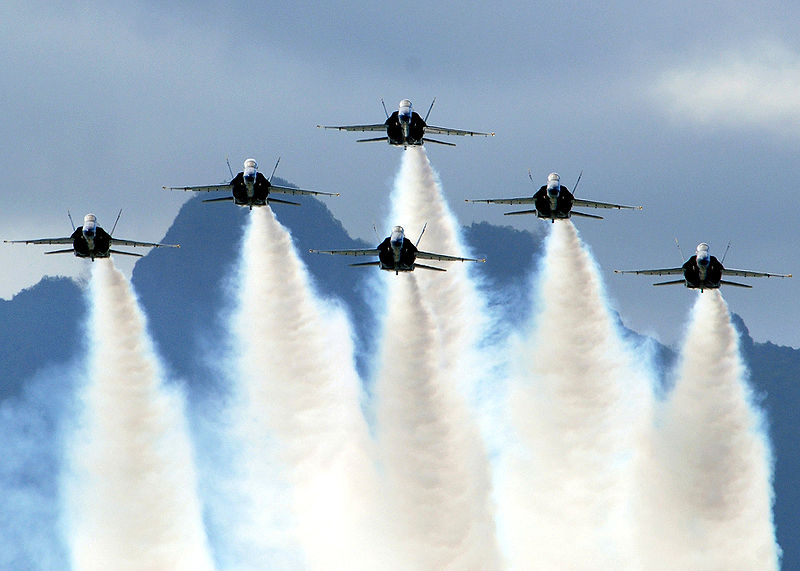 The return of the U.S. Navy Blue Angels for their 2014 air show season, including Florida’s Sun ‘n Fun Fly-In, has been funded by the Pentagon. The team been grounded since April, and thus through most of their 2013 schedule, due to the federal spending cuts known as sequestration.

“We’re excited to be out there again for the public and representing the Navy,” said Lt. Katie Kelly, a spokeswoman for the elite flight team. The Blue Angels are scheduled to perform 34 shows in 2014, starting March 15 in California with the finale coming in November at Pensacola (Fla.) Naval Air Station. Kelly said the team received the news from Navy higher-ups Monday afternoon.

Cmdr. Thomas Frosch, the lead pilot on the team, said, “Our performances provide a unique opportunity to inspire millions to connect with and support our service members, and we are looking forward to an exciting 2014 season.”

For the complete story by the Pensacola (Fla.) News Journal via WTSP-TV, click here.