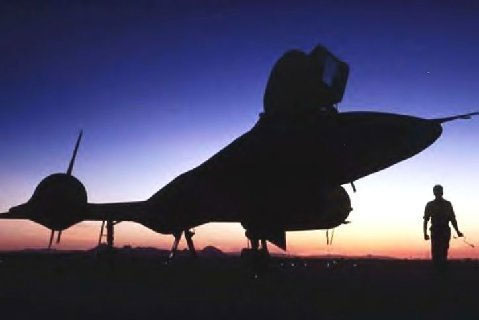 Egypt and Syria opened an offensive against Israel, in late ‘ 73, by launching a coordinated series of air, armored and artillery attacks into the Sinai and Golan Heights.

The preemptive strike came as a result of a diplomatic failure to resolve territorial disputes.  Egypt’s Sadat was convinced he had to initiate a war with limited objectives.

Along the Suez Canal, 80,000 well-equipped Egyptian soldiers crossed the Suez and attacked fewer than 500 Israeli defenders.  In the Golan Heights, fewer than 200 Israeli tanks were attacked by 1,400 Syrian tanks. Initial Israeli military losses were significant. And their response included an urgent request for assistance from the USA.

At that time, our military reconnaissance space satellites didn’t have the capability to provide the intelligence needed to sufficiently assess the situation. So, we were alerted to prepare to fly SR-71 missions over the area of conflict, then recover in England.

The mission was within the design capabilities of the Blackbird . . although such a long and logistically-difficult mission had never previously been accomplished.

Within the first few days of the conflict, the supporting Arab nations began an oil embargo, making oil a weapon of war.  This contributed to a decision by the British to deny any Black-bird mission recovery in Great Britain.

A Plan B was rapidly drawn up to fly the SR-71 out of upstate New York, and return to

In the utmost secrecy, we mobilized and deployed. A few days later, our first photo/electronic
reconnaissance mission was over Israel was successful.

I was a fairly young pilot in the squadron, with only 120 hours of SR-71 time under my belt.      I was assigned to fly a backup SR-71 and to stay on alert at Griffiss AFB, New York, and to  be prepared to fly follow-on missions.

Then, I served as back-up alert on two more successful missions.

<http://www.blackbirds.net/sr71/sr-crew-photos/SR71-crews/crittenden-finan.html>    Then it was my turn.

The excitement level was high. And I certainly wanted to be part of another success. Takeoff was at 2 o’clock on a dark but clear night with about fifteen inches of snow on the ground. It was peacefully calm.

The first 450 miles had to be flown subsonic at .9 Mach, since we had to clear the commercial airliner tracks off the East Coast before I could safely re-fuel.

Most pilots don’t know the true meaning of DARK.

You might compare it to refueling inside . . an inkwell. With absolute radio silence, in the inkwell darkness of the North Atlantic night, I entered an electronic rendezvous with three tankers, taking on 3,500 gallons of fuel from each.

After completing post-refueling checks, I lit the afterburners and started my acceleration to a leisurely Mach 3 cruise across the Atlantic. The airplane performed flawlessly, thanks to the extra special effort by the maintenance guys.

About 2,000 miles across the Atlantic, I watched with excitement as the sun came up right
in front of my eyes . . giving an incredible view all around. The next refueling was a couple hundred miles north of the Azores, where I took on another 5,000 gallons each from two refuelers.

I started my second acceleration and headed for Gibraltar. At 80,000 feet, cruising through  the center of the narrow straits . .  with hundreds of miles of visibility on both sides . . it was
more than spectacular.

Then I proceeded down the middle of the Mediterranean toward Israel . . where the weather  was becoming significantly worse than the forecast. Although done in unexpectedly tough
weather conditions, the third air refueling south of Crete, went along as scheduled.

Now packing in a full load of 80,000 lbs of JP-7 fuel, I lit the afterburners and started the acceleration toward the target area.  When reaching MAX fuel flow in FULL afterburner,
a RED engine oil quantity low light came on . . steady red.

I stared at it momentarily . . then quickly scanned the attendant oil pressure . . RPM . . exhaust gas temperature . . nozzle position. There were no confirming indications of trouble.

But I could not just ignore the red light and fly into a live combat zone while facing possible
engine failure.

There were no viable emergency airfields that could handle the SR-71. And I certainly did not want to be a no-notice . . no-flight plan . . single engine emergency arrival at Tel Aviv’s David Ben Gurion airport. Especially since the Israeli government had not been informed of our mission. On the other hand, they needed to focus their entire attention on their survival.
So I took the engines out of afterburner to access the situation . . to consider the best course of action. Then I had a pleasant surprise. After coming out of afterburner the red warning light blinked out !  I became [ fairly-well ] convinced that it had been a false indication.

On the other hand, the red light threat had subtracted 400 gallons of critically needed fuel.
My tankers were now 80 miles behind me. Moving further away each second. Rejoining them to in order to top off fuel, would present a whole new set of problems [ I won’t get into.]

So I re-lit the afterburners and we pressed on with the mission.

I had another long  five ( 5 ) second illumination of the red light during the acceleration.

Then it went out.

My flight track went down the Suez Canal past Cairo, where I made a Mach 3.15 left turn      to cross the combat lines in the Sinai. With the Blackbird’s panoramic and specific point cameras capturing key details of hundreds of targets, I flew across the Dead Sea and Golan Heights.

Approaching Lebanon, I made a sweeping right turn out over Syria . . then turned back for a run over the Sinai on a parallel path to gain maximum coverage. The airplane was running well. I pushed it up a bit to Mach 3.2 . . before exiting Egypt near Port Said.

Once out over the Mediterranean, I started a descent to 25,000 feet to hit my fourth set
of tankers. But as fate would have it, not only was I low on fuel due to the red light, but a thunderstorm had thrust itself up into the location of our refueling area. Intent on carrying
out their indispensable mission, the tankers flew right into the brewing storm.

Now in the scud ourselves, trusting our internal electronic azimuth and distance measuring equipment, my backseater got us to less than a mile behind a tanker.  At this point, the visibility was so poor that the tanker was not visible.

In turbulence and thick cloud, very low on fuel, I eased up on the unseen KC-135 tanker.
My backseater called out : ” One-half mile.”

Across a momentary valley in the clouds, I saw the tanker straight ahead. With less than       15 minutes of fuel remaining we hooked up. [ Whew ! I might have been able to finesse it
on to an unfamiliar runway. Or  dead stick it ? – NOT !  In any case, the SR-71 definitely was not a good airplane in that scenario.]

A 100 miles away, the island of Crete had the closest emergency runway.

Needless to say, I was very thankful to my tanker buddies, backseater, and good equipment for that rendezvous.

It gave me an entirely new meaning for ‘ finding a gas station ‘ . . when I really needed one.
We completed a fifth 10,000 gallon air refueling near the Azores . .   before we truly enjoyed the leisurely Mach 3 .0  flight back across the Atlantic to our recovery at Seymour Johnson.

Within 20 minutes, our excellent people had the photo and electronic intelligence information down-loaded, then placed safely onboard a dedicated Air Force courier aircraft to a Photo Interpretation Center in D.C.

Including 6 hours 41 minutes of supersonic speed, the round-trip flight covered a bit more
than 12,000 miles in 10 hours 49 minutes. After landing at Seymour Johnson, I remember wondering what Lindbergh would have thought about the amazing advancements in aviation technology.

These missions were not declassified until the early 1990’s when the SR-71 program was closed at the end of the Cold War. Most of the remaining birds are now in various museums.

The one I flew is the centerpiece at SAC’s Air and Space museum near Omaha. 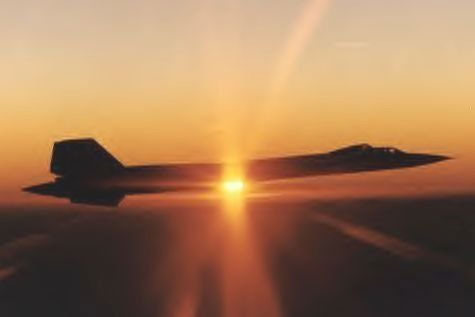