In July 1944, Junior Lieutenant Vladimir Shishken was flying a Bell P-39 Airacobra with the Black Sea Fleet in a training exercise and saw smoke coming from the engine. He landed on the water, and although the Airacobra sank, he made it to shore with a slight head wound. Ironically, the fighter had just 9 hours and 25 minutes of flight time.

In 2017, amateur scuba diver Alexey Kazarinov found the aircraft in 18 feet of water, about a half mile from the coastline, and reported his find. After a joint study by the Russian Geographical Society and the Russian Defense Ministry–during which they searched for the fighter for over a year!–last week the aircraft was lifted from water in Kalamita Bay. It is expected to go on display in a nearby museum.

In 1943, Bell P-39 Airacobra fighters entered service with the Black Sea Fleet during the Kerch-Eltigen operation and participated in the liberation of Crimea.

Click here for the complete story and more photos from the DailyMail. 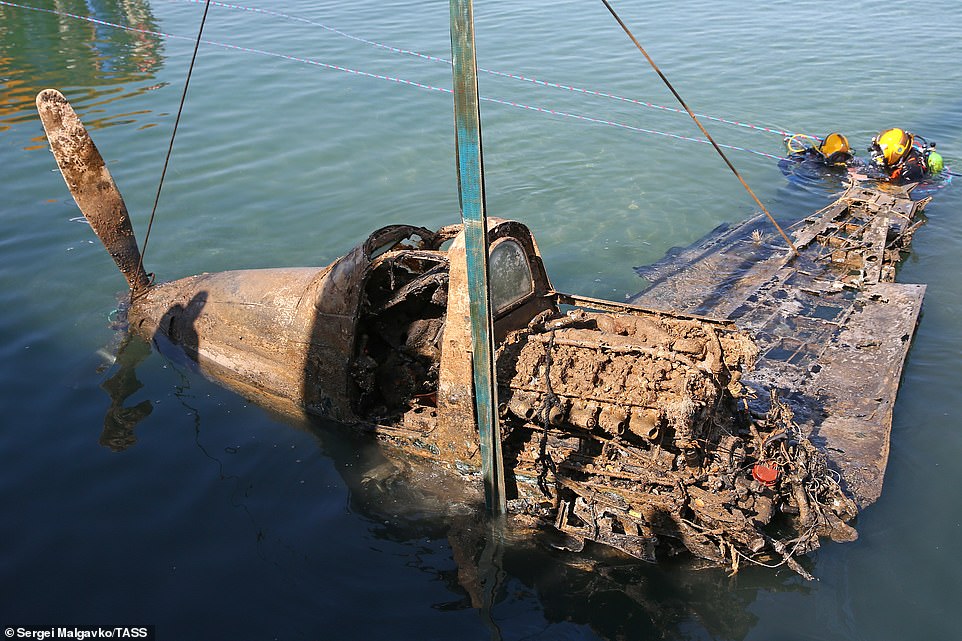