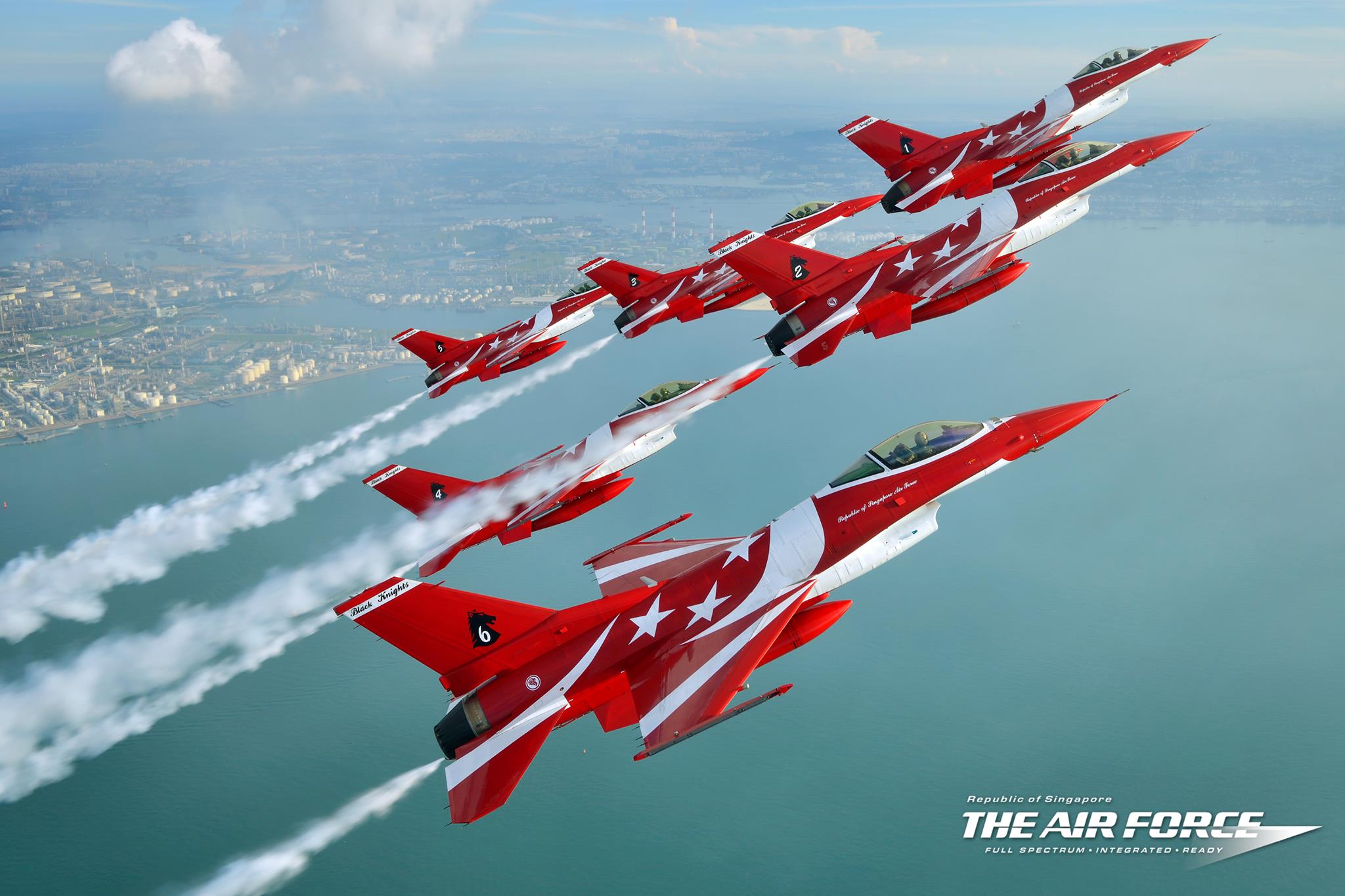 Singapore’s Black Knights aerobatic team has been reformed for the seventh time to wow the crowd at this year’s Singapore Airshow at Changi Air Base (East), located at the eastern end of the island country.

The six Lockheed Martin F-16Cs have been painted in a snazzy new red-and-white design. Led by Lt. Col. Joseph Leong, 44, a 26-year veteran of the Republic of Singapore Air Force, the team’s pilots are all experienced instructors with a minimum of 1,000 hours in the Fighting Falcon.

And it shows. It takes particular skill to present six high-energy jets within the confines of Changi’s restricted airshow airspace. The Black Knights pilots have each flown over 130 hours in the past six months, as they worked up their 21-minute routine. Often, the team would fly twice a day.

Photo by the Republic of Singapore Air Force