Father of home built aircraft, Pietenpol was a self-taught mechanic who lived most of his life in the small community of Cherry Grove in southeastern Minnesota.
His most well-known design, The Pietenpol Air Camper, is an airplane he designed to be built and flown by the “average American” of the 1930s. The Air Camper is a two-place open cockpit monoplane with “parasol” wing built from material that was, in the 1930s, readily available from local sources. Powered by a Ford Model A engine, Pietenpol’s design was sturdy, simple and affordable. Plans were first published in Modern Mechanics and Inventions, then in the magazine’s 1932 Flying and Glider manual.
With the success of the Air Camper, MMI editor Weston Farmer convinced Pietenpol to design an airplane that could be powered with the cheaper and more readily available Ford Model T engine. In response to Farmer’s request, Pietenpol designed the single-place Pietenpol Sky Scout.
Air Campers have been built using many (over 50 have been recorded) different power plants. Pietenpol himself liked the air-cooled Corvair engine. But his original design is well suited to the high torque, slow-turning Model “A.”
In later years, Pietenpol sold and repaired televisions. In 1981, the Pietenpol Workshop and Garage was added to the National Register of Historic Places. His hangar was dissasembled and relocated to Pioneer Airport, in Oshkosh, Wisconsin as part of the EAA Airventure Museum. Pietenpol died in 1984, and was inducted in the Minnesota Aviation Hall of Fame in 1991.
The Air Camper
The Air Camper was designed to be built of spruce and plywood. One of Pietenpol’s goals was to create a plane that was affordable and easy to construct for home builders. Building an Air Camper requires basic woodworking skills and tools. Builders also need to fabricate some metal fittings to attach the wooden parts together. Some welding is required. The plans for the Pietenpol Aircamper were originally published in a four part serial in the “Flying and Glider” Manual of 1932-33.
The original model was flown using an Ace four cylinder water-cooled engine. The Model-A Ford engine later became the standard powerplant used. Other engines have also been used including the Ford Model T, Ford V8, Velie, Kinner, Lycoming, Franklin, Continental and Chevrolet Corvair.
In the 1960s BH Pietenpol began to favor converted engines from the Chevrolet Corvair automobiles. The Corvair engine was smoother, stronger and significantly lighter in weight compared to the Model A. As a result of the lighter weight of the Corvair engines the airframe was lengthened for weight and balance reasons. Over the years over 30 different engines have flown in the Pietenpol Air Camper. Many modern Pietenpol builders prefer Continental A65, C85 or C90 powerplants.
General characteristics
Crew: One pilot
Capacity: One passenger
Wingspan: 29 ft
Length: 17 ft 8 in
Height: 6 ft 6 in
Wing area: 135 ft²
Empty weight: 610 lb
Loaded weight: 995 lb
Max takeoff weight: 1080 lb
Powerplant: 1 × Ford Model-A engine
Performance
Maximum speed: 86 knots (100 mph)
Stall speed: 30 knots (35 mph)
Rate of climb: 500 ft/min
Wing loading: 7 lb/ft² 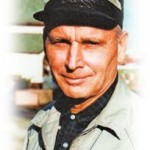 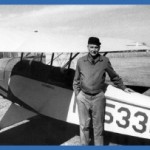 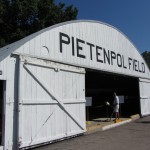 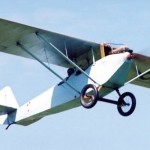 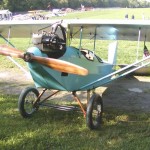 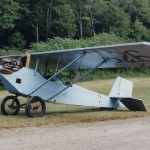 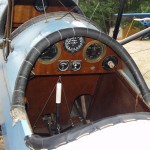 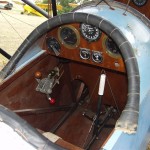 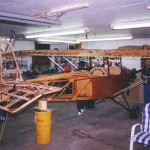 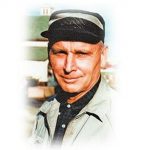