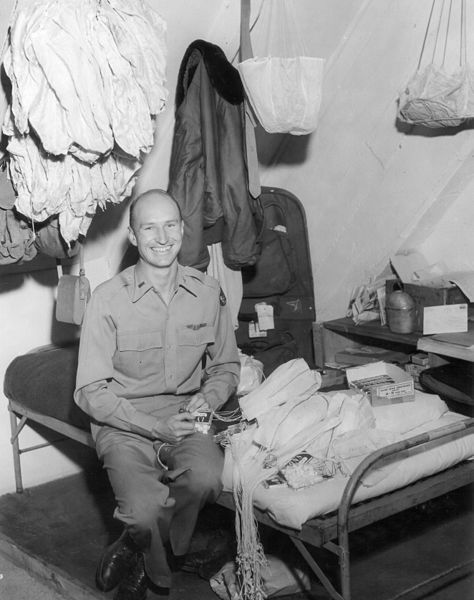 During the Berlin Airlift, one U.S. pilot threw candy from his aeroplane for the kids in West Berlin. Since then, children have honored him for his work. German broadcaster Deutsche Welle met the Candy Bomber.

In the summer of 1948, the young American pilot, Gail S. Halvorsen, ran across the landing strip at Tempelhof airport in West Berlin. Thirty children stood behind the barbed wire fence. “Gimme chocolate,” they asked the 27-year-old. “They weren’t begging, they were just asking for chocolate,” he remembers. But the pilot only had two pieces of gum in his pocket: “Two! For 30 kids!”

He divided the strips into four pieces and shared them around. To his surprise, there was no jostling: “They were excited just smelling the wrappers and hid them in their hands to take home. That’s when I knew I had to do more.”