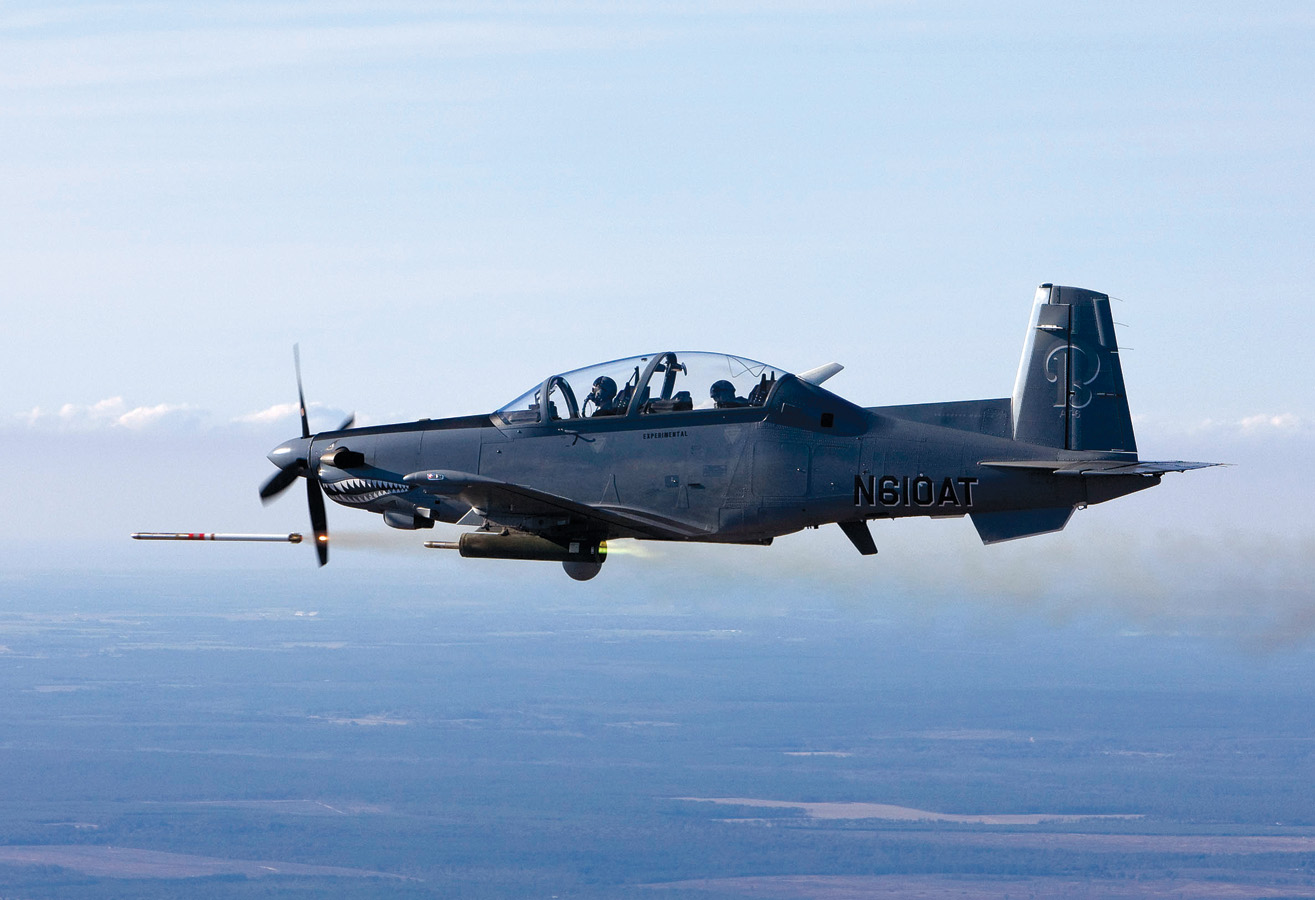 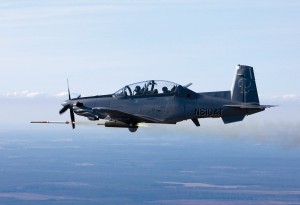 IN JANUARY, the Hawker Beechcraft AT-6 became the fi rst fixed-wing aircraft to launch a laser-guided rocket during test fl ights at Eglin Air Force Base in Florida. The weapons testing is part of an ongoing congressionally funded operational evaluation of the AT-6, executed by the Air National Guard and Air Reserve Command Test Center (AATC).

The 2.75-inch laser-guided rocket testing included BAE Systems’ Advanced Precision Kill Weapon System (APKWS) and Raytheon’s TALON. The weapons were fired from about three nautical miles and guided to their targets using either an airborne laser from the AT-6 or a ground laser from the Eglin AFB range. Both rockets performed flawlessly and were scored as hits on their respective targets. “This is a big milestone in the future of Hawker Beechcraft’s Light Attack program,” said Derek Hess, the company’s director for light attack activity. “We continue to see great interest in the AT-6 from military forces around the globe…”

The AT-6 is a multi-role, multi-mission aircraft system designed to meet the needs for the emergent Light Attack mission. The AT-6 is powered by a Pratt & Whitney PTA 68D engine. The aircraft is outfitted with equipment including CMC Esterline’s mission modified Cockpit 4000, Lockheed Martin’s A-10C-based mission system and L-3 WESCAM’s MX-15Di sensor suite. The aircraft has successfully demonstrated full compatibility with U.S. and NATO Joint Terminal Attack Controller systems during the ANG Operational Assessment and Joint Expeditionary Force Experiment in 2010, a company spokesman said.