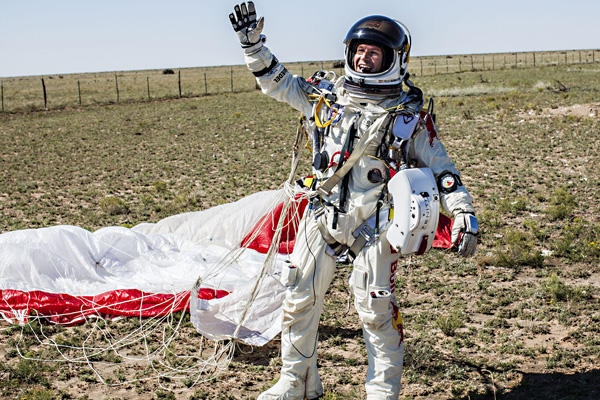 Skydiver Felix Baumgartner earned his place in the history books on Sunday after overcoming concerns with the power for his visor heater that impaired his vision and nearly jeopardized the mission. Felix reached an estimated speed of 833.9 mph (1,342.8 kmh) or  Mach 1.24. This preliminary figure would make him the first man to break the speed of sound in freefall and set more records while delivering valuable data for space exploration.