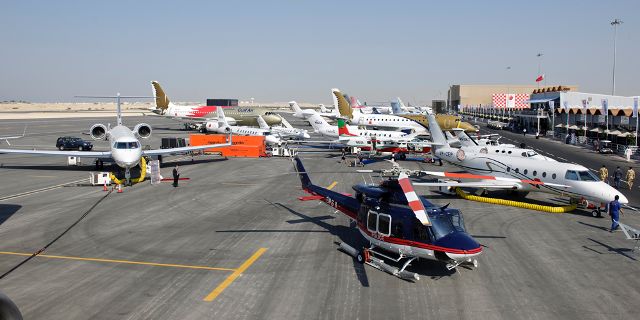 Stunt pilots, fighter jets and parachute display teams took to the skies yesterday for the opening of the Bahrain International Airshow (BIAS) at the island country’s Sakhir Air Base.

Thousands of spectators looked on as a packed flying display programme unfolded with performances from the likes of the UAE’s Al Fursan display team, the UK’s Breitling Wingwalkers and the Saudi Hawks. Organized by the Transportation Ministry in co-operation with the Royal Bahrain Air Force and UK firm Farnborough International, the show is expected to attract as many as 55,000 visitors this weekend.

For the complete story by Greg Fountain the Gulf Daily News, click here. For the event site, click here.