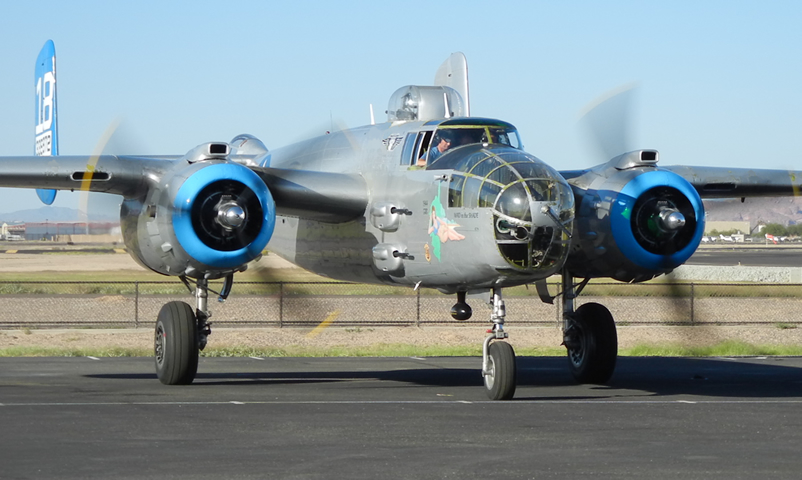 We’ve all seen Hollywood movies about World War II where American bomber pilots suit up for their dangerous bombing missions over Europe and in the Pacific, returning in shot-up planes and landing on a wing and a prayer.

Others have heard stories first-hand from the family members who were bomber pilots and bombardiers and lived the history.

On Monday, one of America’s most famous airplanes of World War II, the North American B-25 Mitchell “Made in the Shade,” will arrive in Carlsbad for a week-long stay at the Cavern City Air Terminal, giving the public an opportunity to take a tour through the plane or, for a fee, take a 25 to 30 minute flight over Carlsbad, N.M. The plane is expected to arrive about noon.

The restored bomber is owned by the nonprofit Arizona Wing of the Commemorative Air Force, which is bringing the plane to Carlsbad on the first stop of its summer tour.

For the complete story by Stella Davis of the Carlsbad Current-Argus, click here.

Photo by the Arizona Wing of the Commemorative Air Force