Restoring a WW II bomber is a momentous labor, requiring no small portion of blood, sweat, and tears. A restoration team out of Brighton, Michigan is currently hard at work on a North American B-25J Mitchell, serial number 44-30733. Better known as The Sandbar Mitchell, it was rescued in 2013 from a sand bar on a river near Fairbanks, Alaska, where it had crash-landed while fighting fires in 1969. The team has recently completed the bomb-bay nose and is currently working on the center section and bomb-bay top section. Here’s their update:

The restoration of our B-25 is a huge undertaking in the likes that has never been done before with a Mitchell. We strive to restore Sandbar Mitchell as close as we can to factory new with every little detail. Please enjoy these photographs of our current progress. For our most recent updates check out our Facebook page.

The center section is the first major assembly we have taken on for the project. This consists of the bomb bay segment of the fuselage, main wing spars and inner wing assembly. The first priority was to disassemble the center section to its sub-assemblies and components. This task entailed drilling out the thousands of rivets and removing each individual piece. Each piece removed had to be inspected for damage or corrosion. Now that the center section is apart the restoration could begin. The first step of the process will include rebuilding the main wing spars, internal webbing and the fuselage section of the bomb bay. Once these assemblies are complete, we can re-assemble the wing structure. 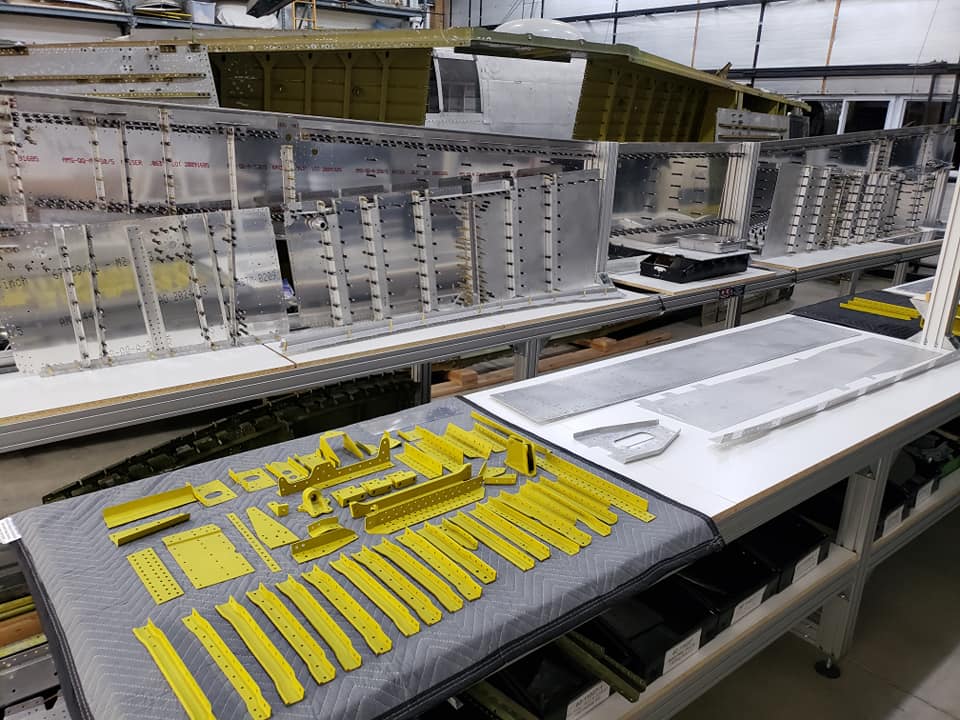 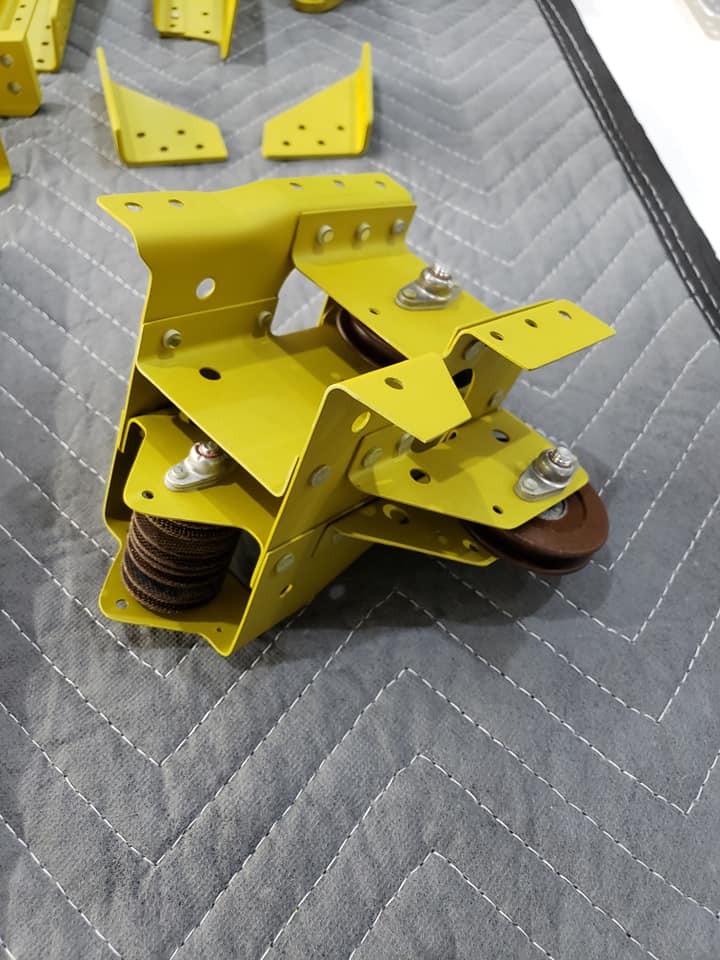 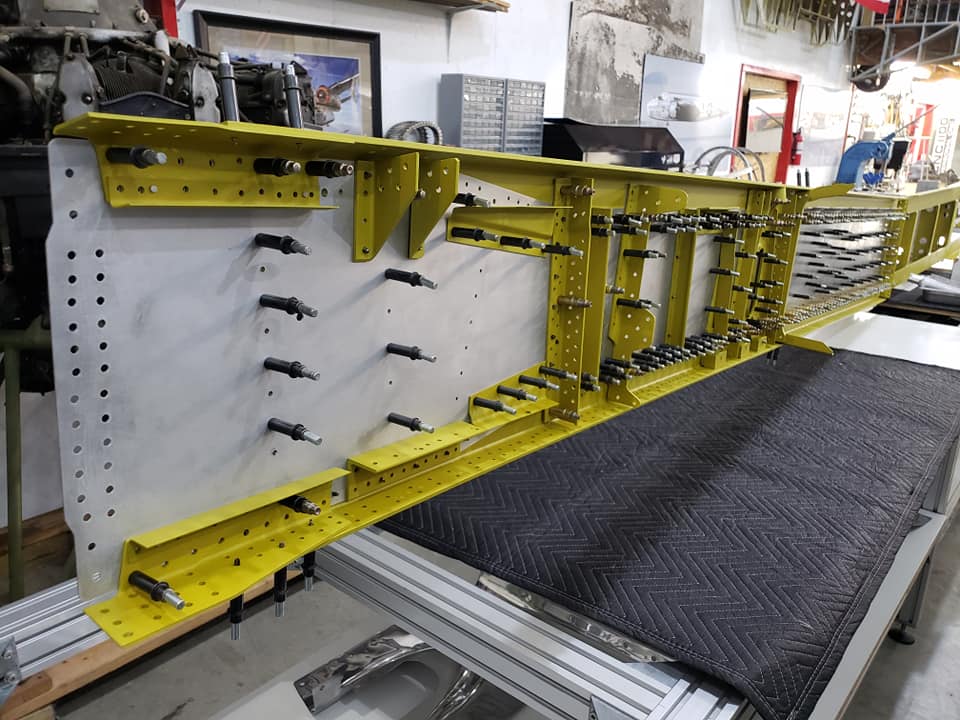 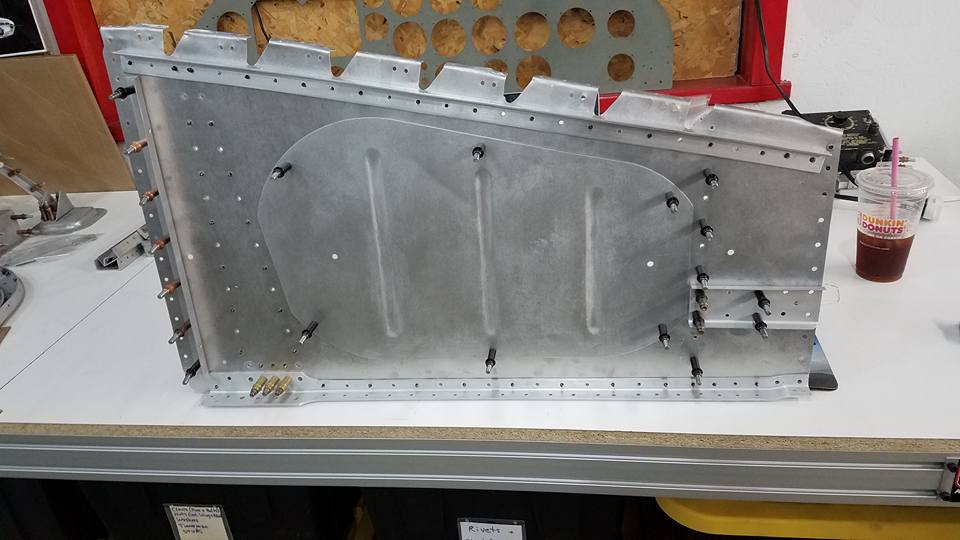 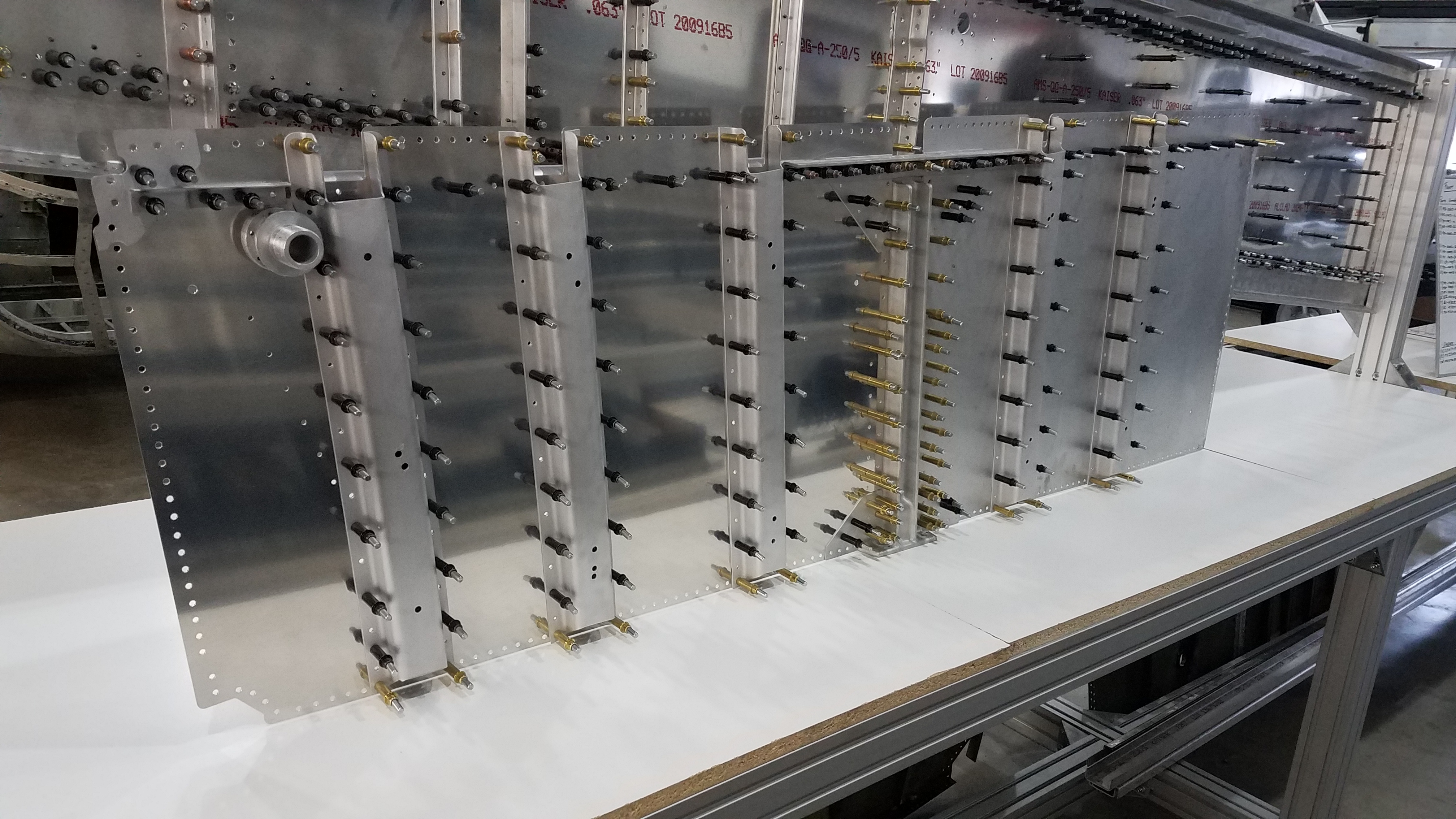 The forward fuselage section. This segment of the fuselage consists of the main flight deck, auxiliary landing gear section and the upper Bendix turret support. The first priority is to re-build the sub-assemblies and components that bolt into the main assembly. Because our forward fuselage is undamaged, it will be restored in sections one part at a time. 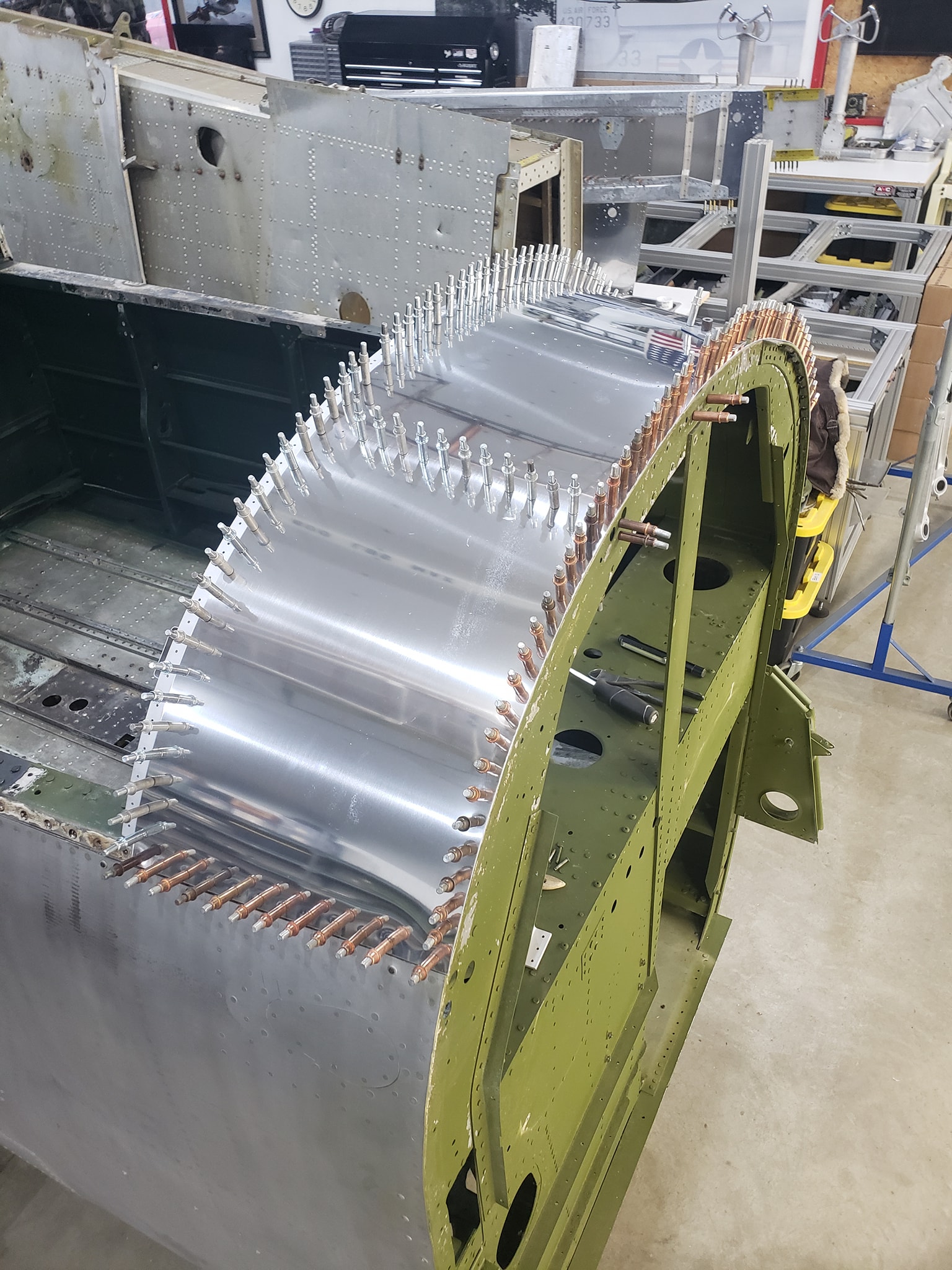 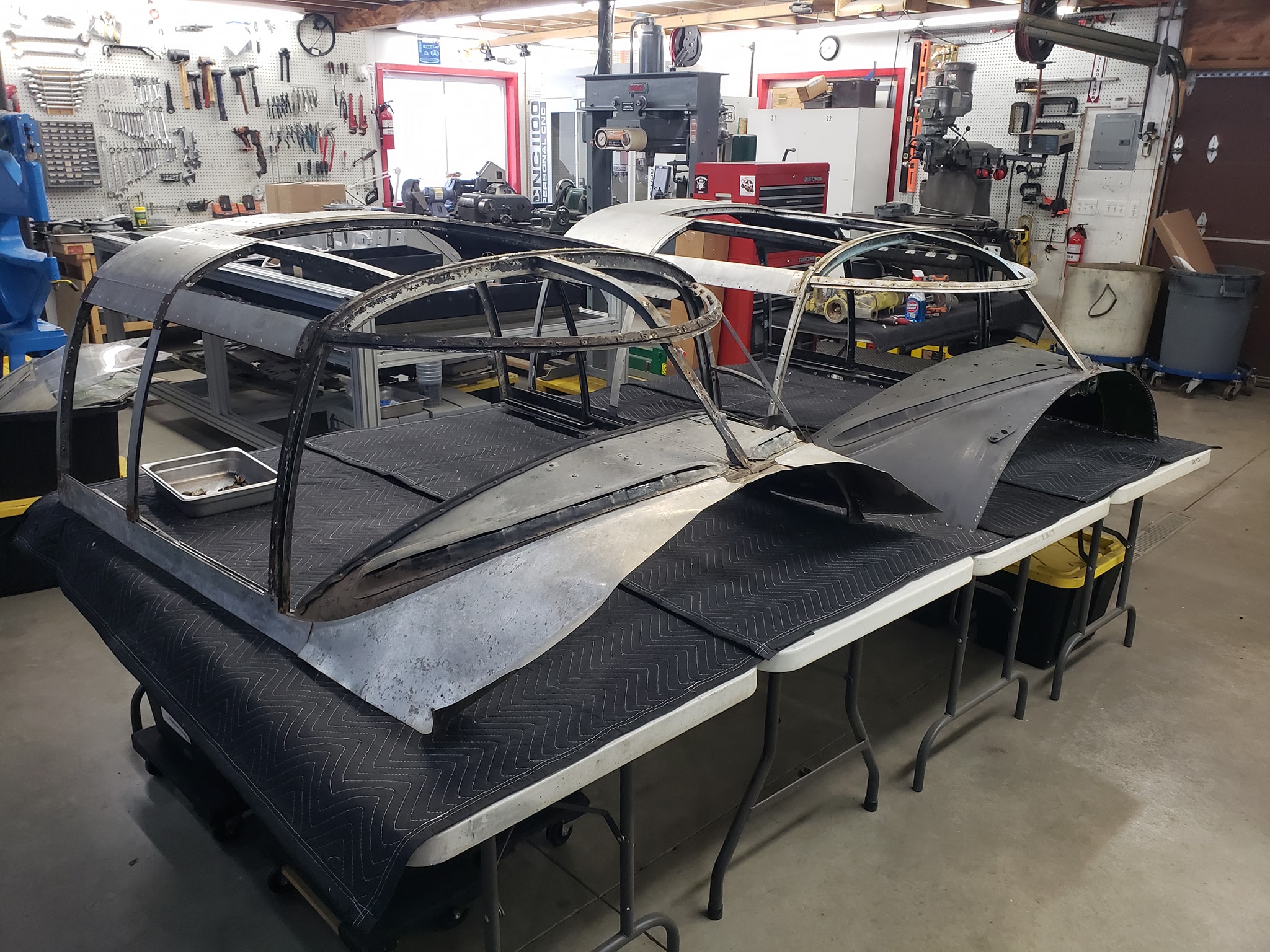 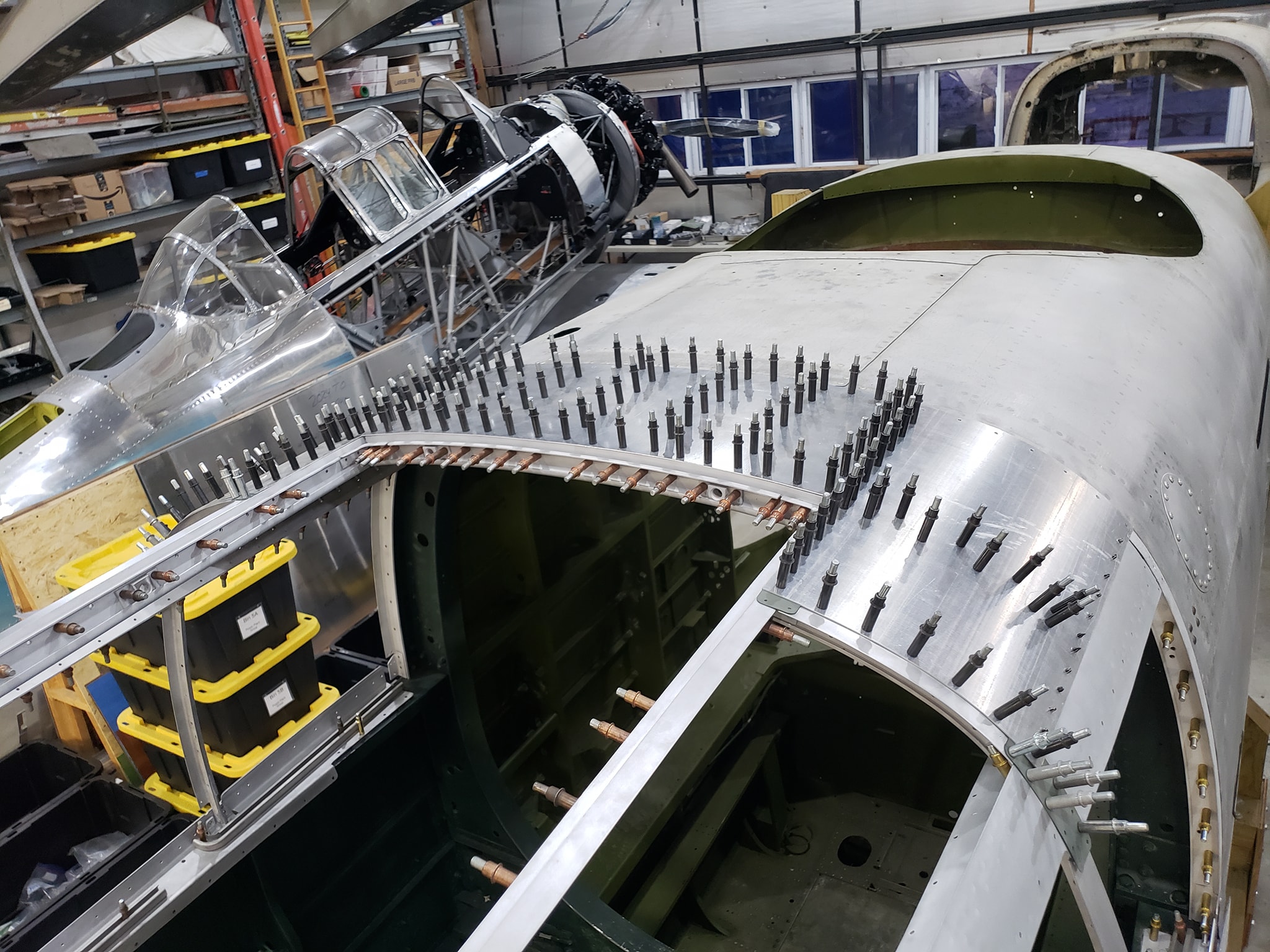 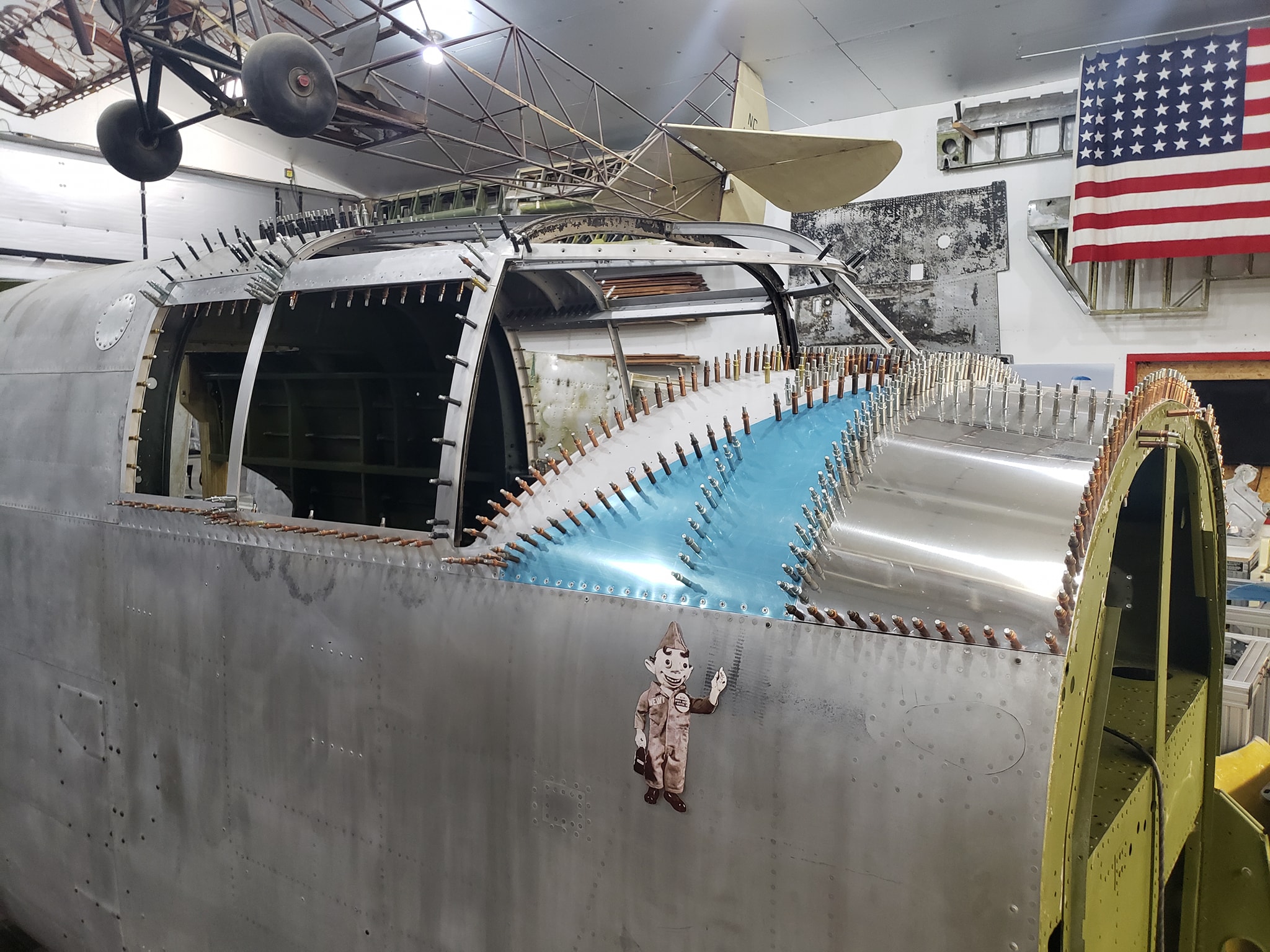 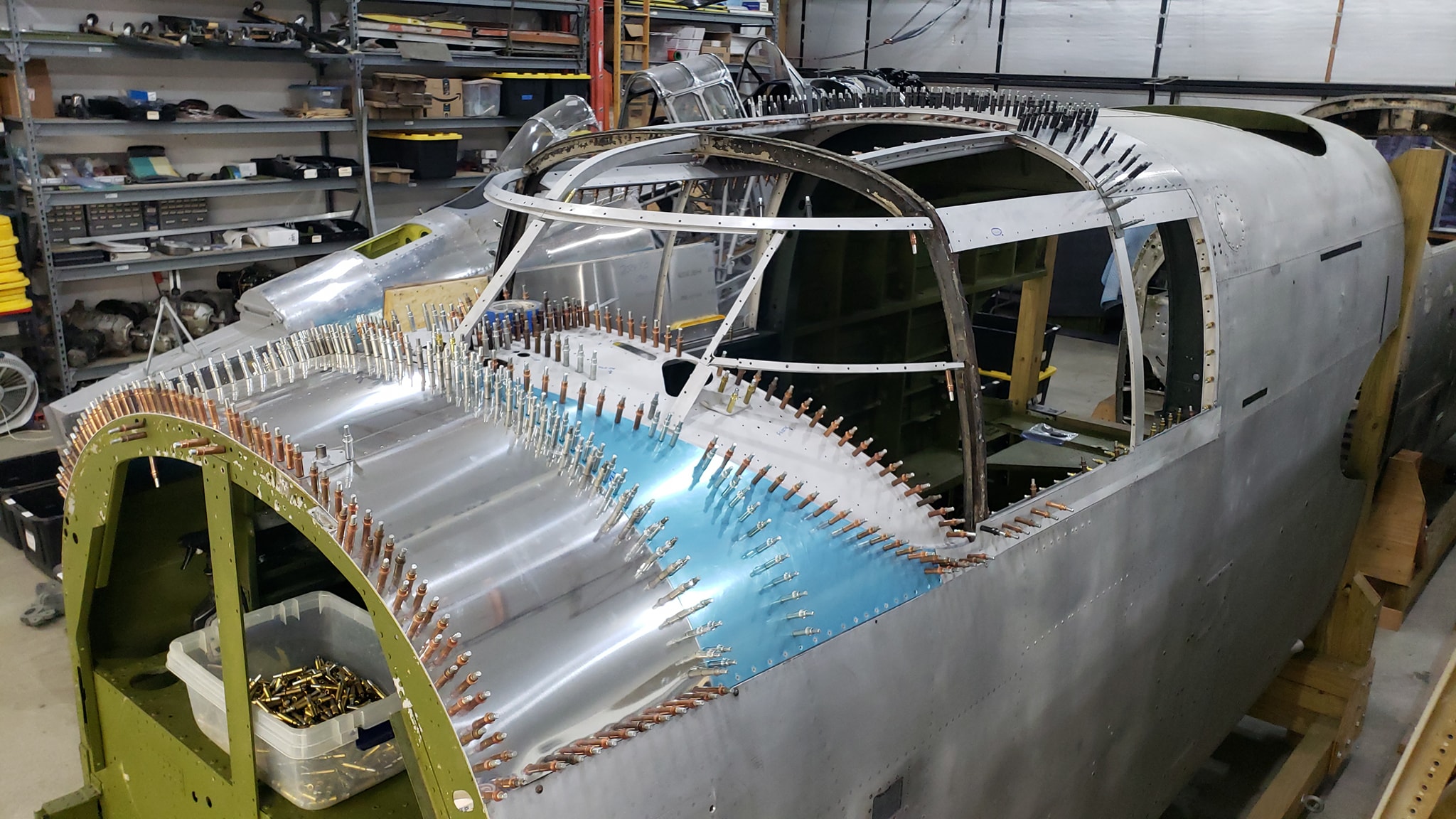 The top section of the bomb bay is one of the many sub-assemblies under restoration for Sandbar Mitchell. Scavengers had cut and removed the original section from the aircraft while on the sandbar. Only a few of the original parts were usable. Because of this damage, we had to manufacture new fuselage ribs, stringers and attachment angles. 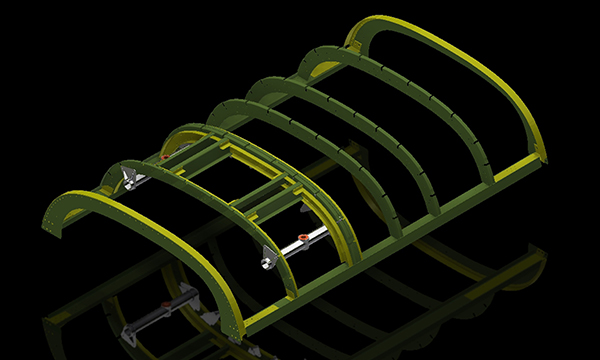 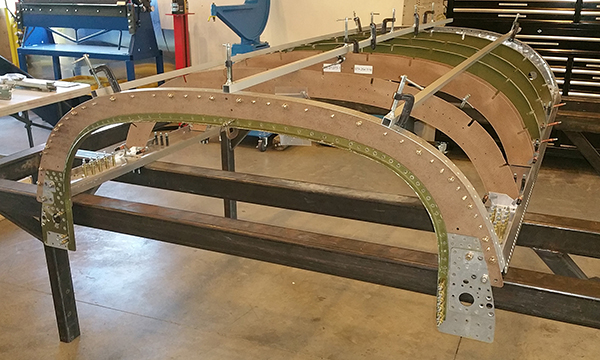 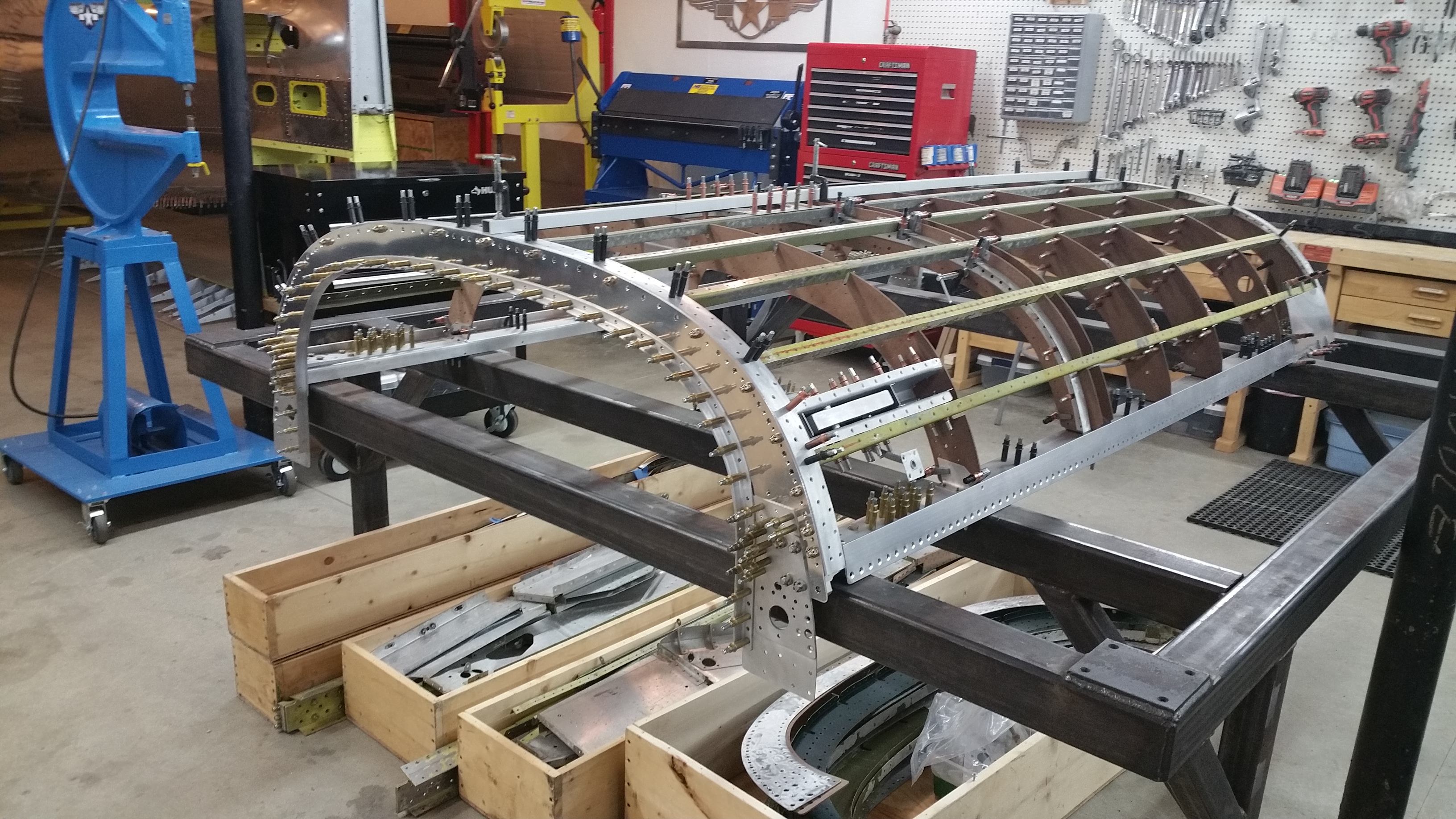 The bombardier nose section was the first major component completed for Sandbar Mitchell. The museum was very fortunate to find a new surplus B-25 nose that had been in storage for many years. Sadly, while in storage it was damaged. With our skilled team, we were able to bring it back to its glory. 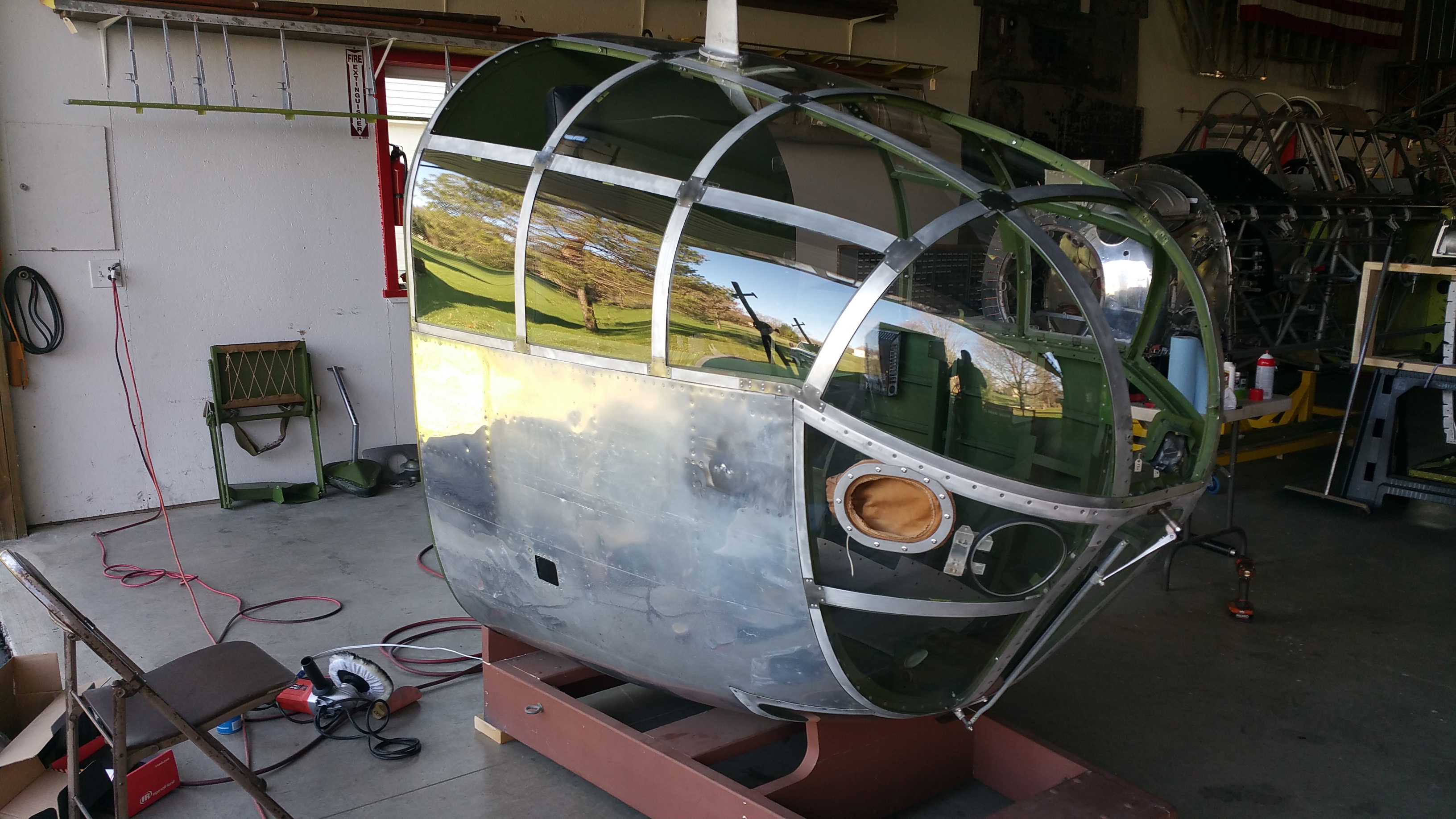 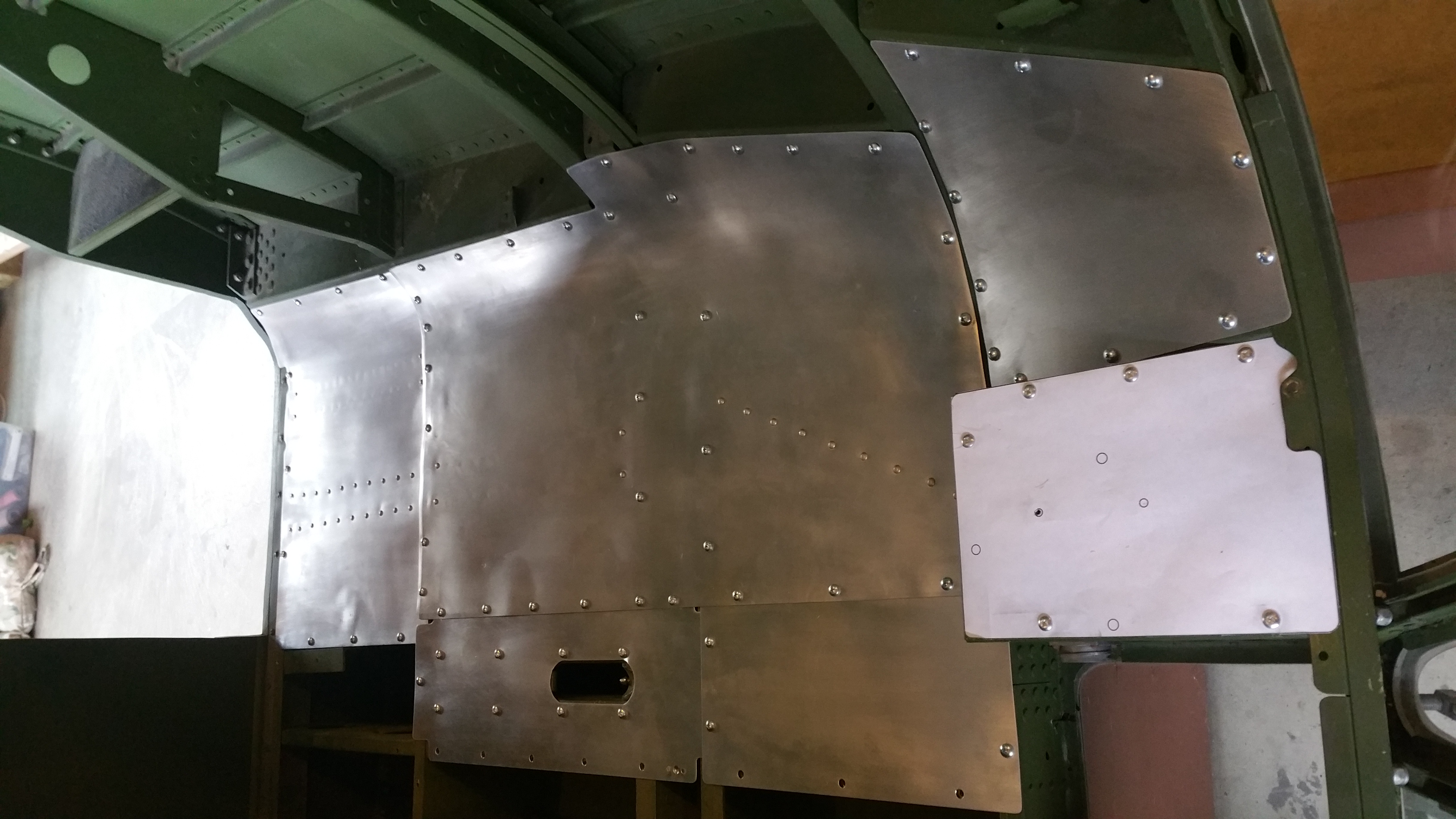 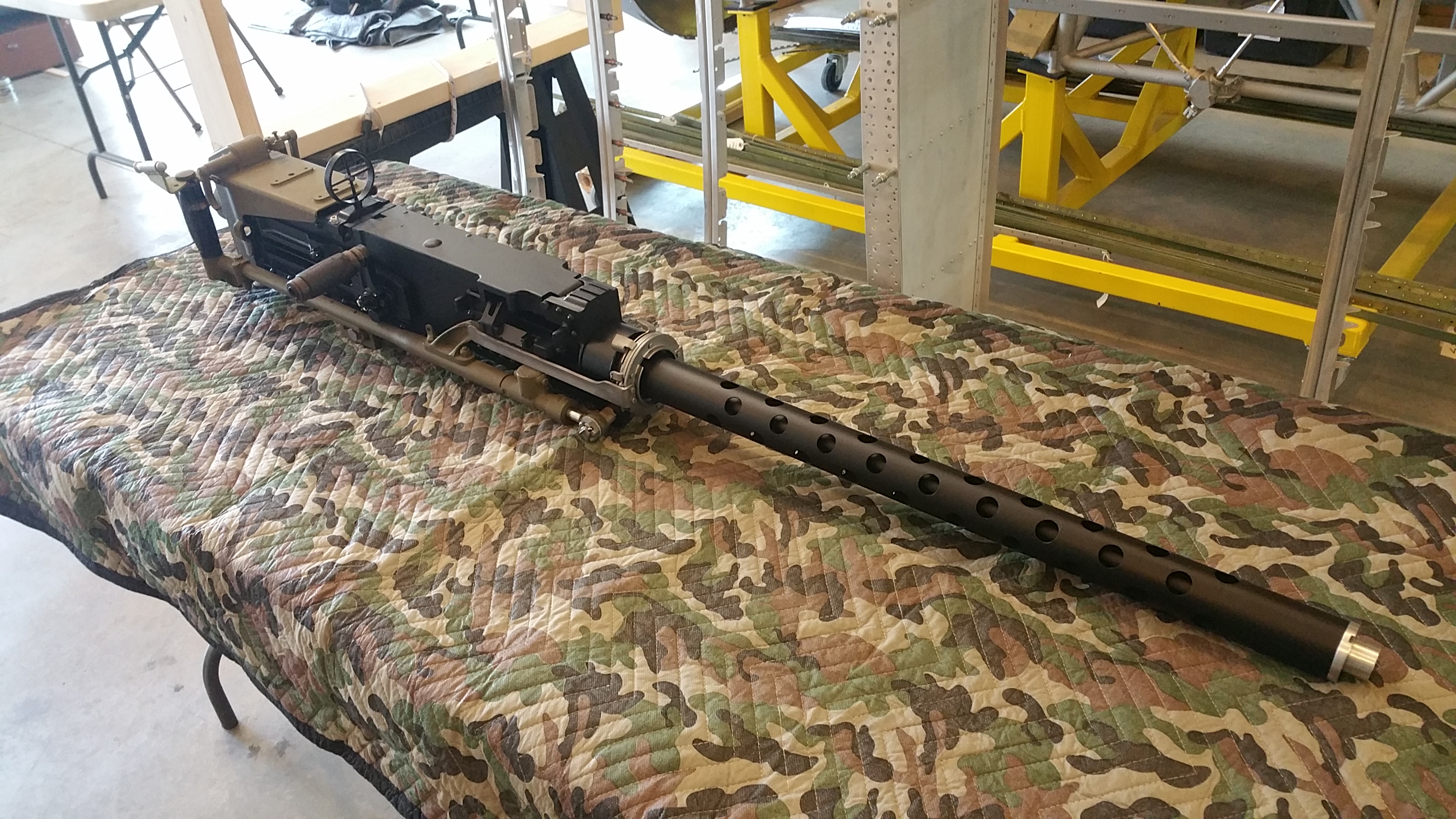 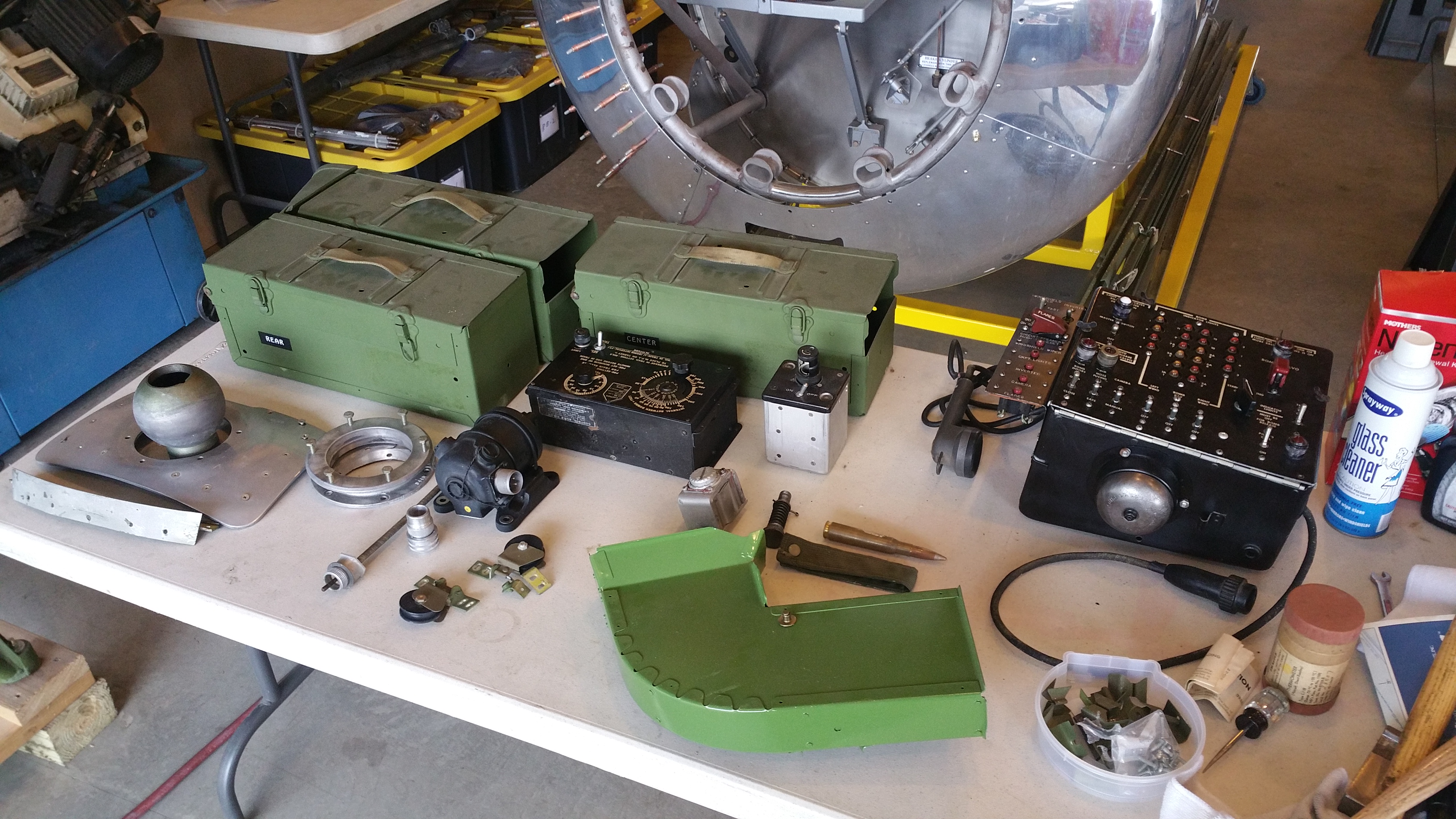 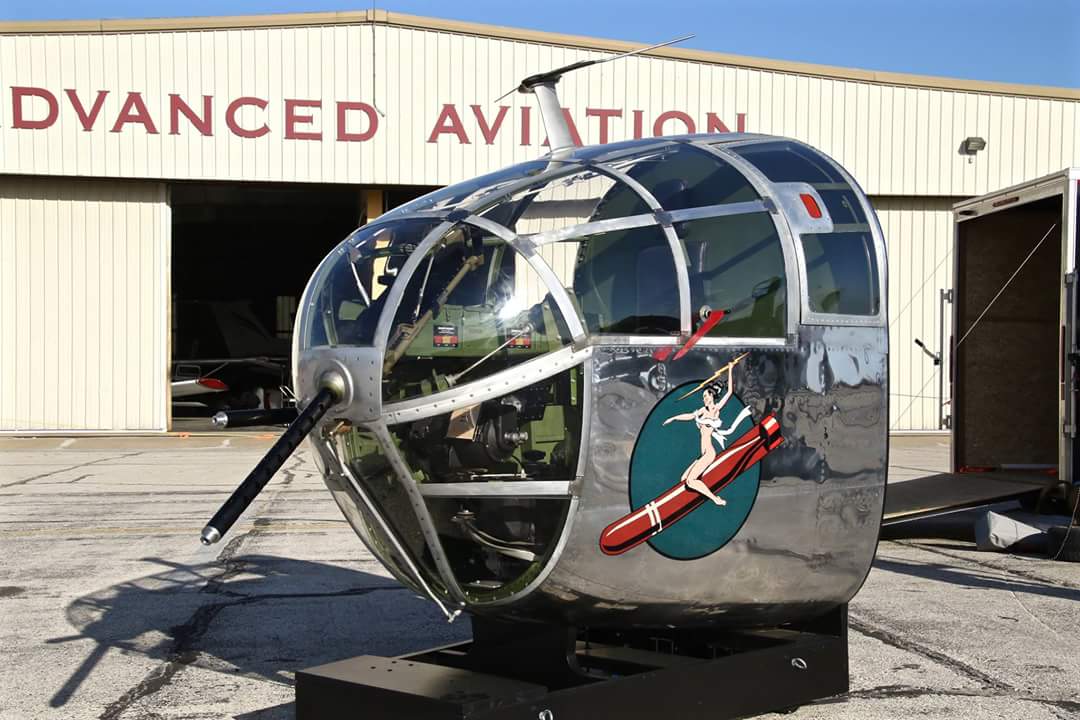