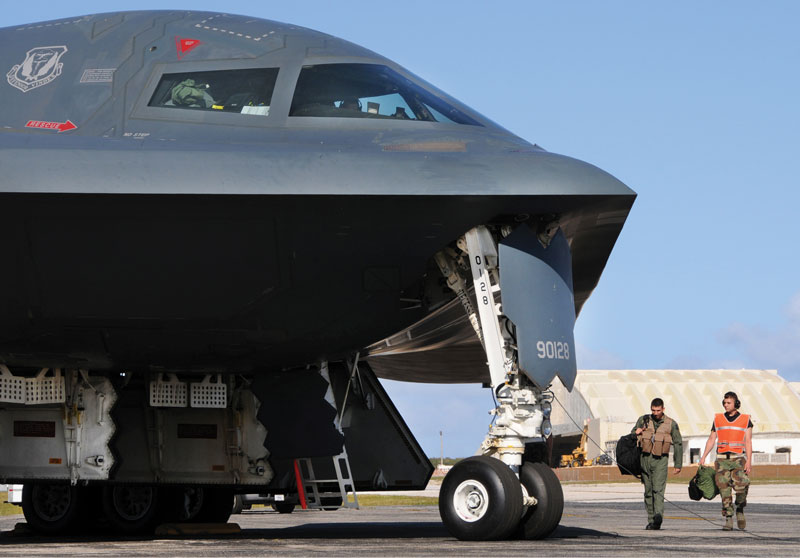 The U.S. fleet of 20 B-2 Spirit stealth bombers recently received new radar systems. In the Radar Modernization Program (RMP), Northrop Grumman—maker of the B-2 and manager of RMP—says installation at Whiteman Air Force Base, Missouri was finished ahead of schedule in September [2012]. The installation was once slated to be complete in 2010 and is “on time” only because the schedule was revised.

The program adds an advanced electronically scanned array (AESA) antenna, a power supply and a modified receiver/exciter. It follows a computer upgrade to the two-pilot, flying-wing bomber that until recently relied on a derivative of the IBM 286 computer of 1990 vintage.

The high-tech B-2 can carry a bombload 6,000 nautical miles without refueling and has flown missions of 42 hours when relying on tankers. The AESA was needed, but partly for the wrong reason. In what officials now call a blunder, in 2007 the Federal Communications Commission auctioned off part of the bandwidth used by the B-2’s legacy AN/APQ-181 radar. This created a need to install new radar arrays at a cost of $1 billion.
—Robert F. Dorr