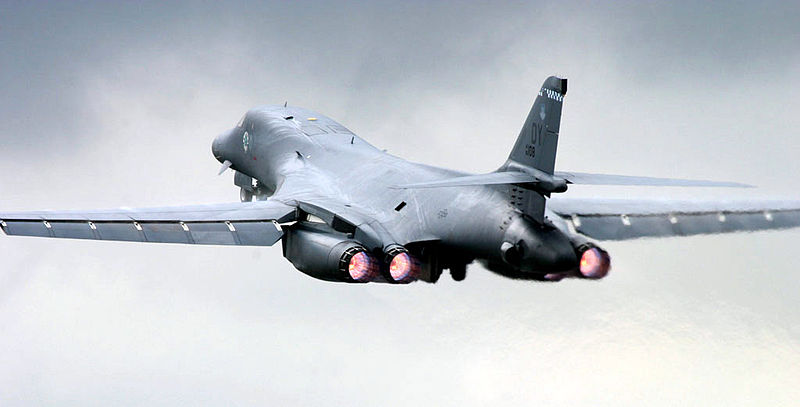 Two pilots and two weapons system officers ejected before the bomber crashed about 9:30 a.m. near Broadus, Mont., said Col. Kevin Kennedy, commander of the 28th Bomb Wing. He said they were taken by ambulance and air to two South Dakota hospitals, but none of them suffered life-threatening injuries.