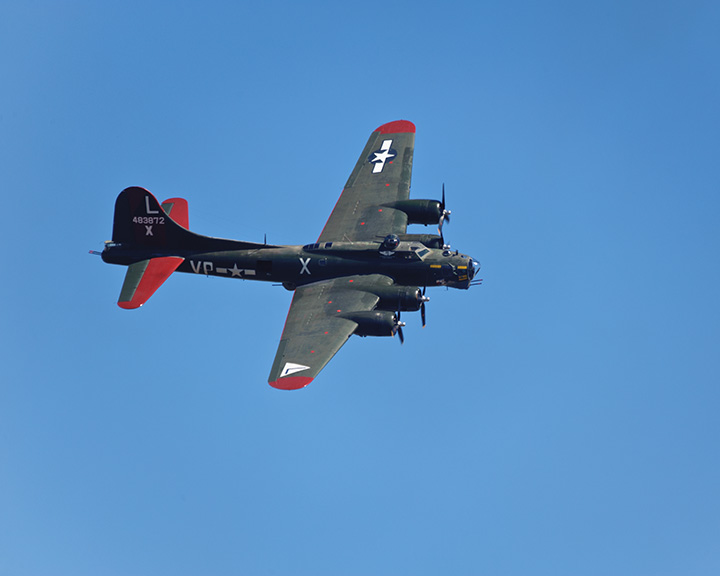 For the first time in a decade, the B-17 Flying Fortress will cast its fearsome shadow over Brownsville, Texas. “Texas Raiders,” a 67-year-old, four-engine heavy bomber flown and maintained by the Commemorative Air Force’s Gulf Coast Wing in Houston, will be the biggest star at this weekend’s Air Fiesta 2013, which celebrates 50 years of CAF air shows in the Rio Grande Valley.

In honor of the half-century mark, the air show will focus heavily on World War II-era aircraft. David Hughston, Air Fiesta chairman, said Boeing’s Flying Fortress was a vital U.S. asset during WWII and that 10 years have passed since Air Fiesta has been lucky enough to have one.

“The B-17, because of its capacity, speed and everything about it made it a very effective weapon of war during World War II,” Hughston said. “Without it we might not have won the war.”

For the complete story by Steve Clark of the Brownsville Herald, click here.