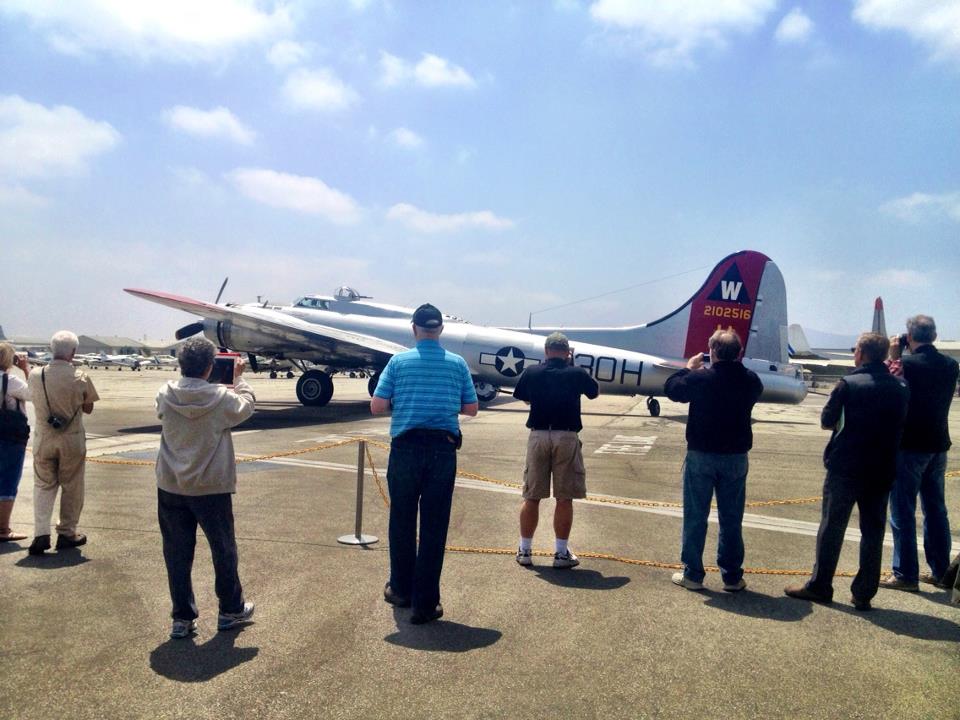 A little bit of World War II history flew into St. Louis Downtown Airport in Cahokia on Monday. The Experimental Aircraft Association’s Boeing B-17G-VE Flying Fortress “Aluminum Overcast” touched down to spend a couple of days on display and give rides to paying customers. Despite my affinity for air sickness, I rode along on a media flight. Luckily it was a short trip.

The airplane was delivered in May 1945 but never saw action. It was sold as surplus in 1946 for $750. After many years as a cargo carrier, aerial mapping platform, pest control plane, it came to the EAA in 1983. The bomber has been meticulously restored and painted in the colors of the 398th Bomb Group, famous for flying thousands of missions in Europe in World War II.

Charles Woodford, 90, of Belleville, who was a tail gunner in a B-17 during the war, got to ride along again. He said it was a lot nicer with no one shooting at him, which is how he earned his Purple Heart in World War II.

For the complete story by Wally Spiers of the (Belleville, Ill.) News-Democrat, click here.

Photo by the Experimental Aircraft Association