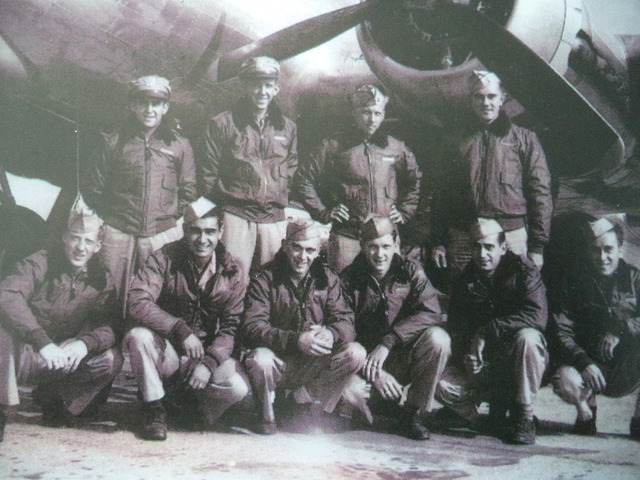 Optimism in the face of overwhelming odds tells a lot about a man — especially a wide-eyed 20-year-old lieutenant fighting the controls of a crippled bomber over the heart of World War II Germany.

Hiram resident Keylon Clarke, now 90, started Sept. 28, 1944, at a U.S. Army Air Corps airfield in Glatton, England, as a pilot readying for one of the largest bombing runs of the war for the mighty Eighth Air Force. Close to 1,000 Boeing B-17 Flying Fortresses and Consolidated B-24 Liberators were to fly south to bomb the Krupp Steel plant in Magdeburg.

Clarke ended that day — and every day for the next nine months — in a prisoner of war camp on the coastline of northern Germany. Clarke’s B-17 and its nine-man crew were charged with dropping a unique payload for the mission — counterfeit food ration books and railroad tickets to encourage residents to leave the industrial target. But the bomb bay doors never opened as Clarke’s aircraft took a direct hit from a German 88 about 30 miles outside the city. The massive anti-aircraft gun whose signature black explosions were otherwise commonplace for bomber pilots had found its mark.

For the complete story by Andrew Schunk of the Twinsburg (Ohio) Bulletin, click here.

Photo via the Twinsburg Bulletin