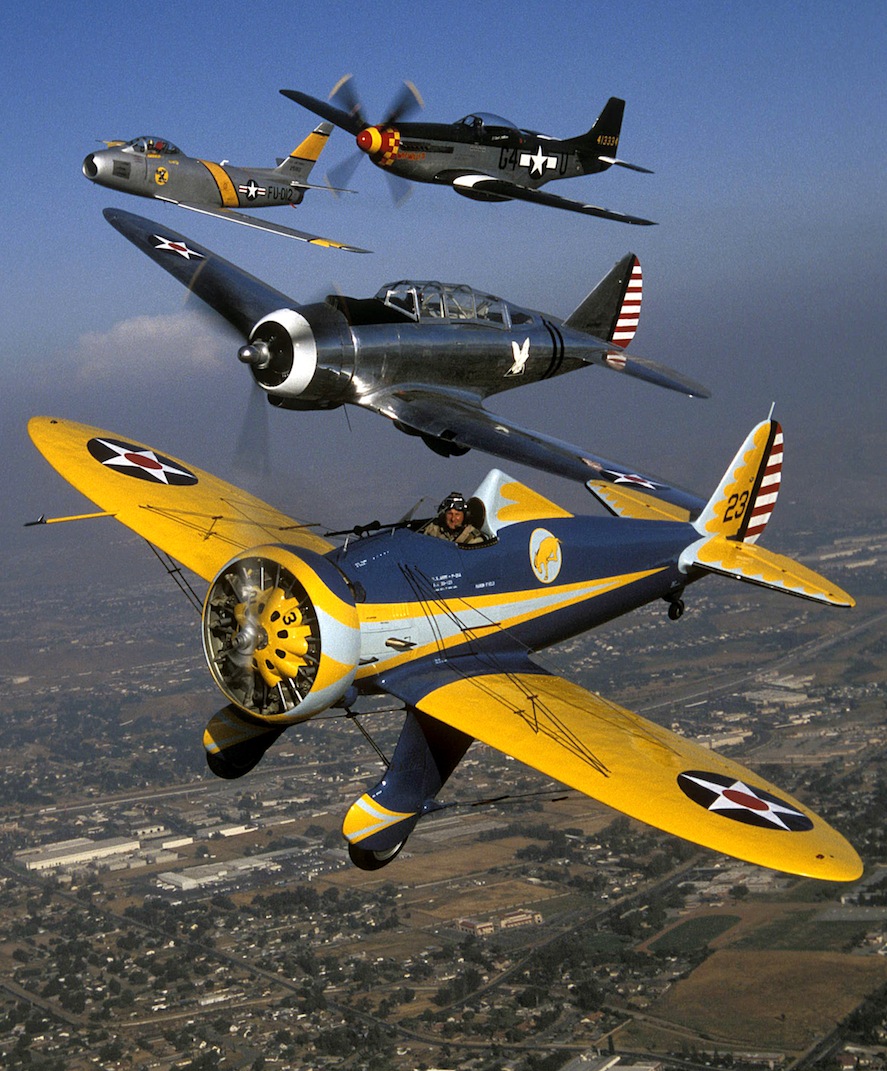 With the prices of restorable warbirds escalating out of sight and new restorations taking to the air almost daily, we often lose sight of the fact that at one time, most of those airplanes were cast off as junk. There were few museums and almost no private collectors who tracked historic aircraft down and saved them. Today, just the reverse is true with private collections popping up around the globe. Knowing that wasn’t always the case, we thought it apropos to talk to one of the pioneers of the warbird community, Ed Maloney, owner/creator of Planes of Fame Air Museum, about his views on the changes he’s seen and the future of warbirds.

Planes of Fame is one of the oldest privately owned air museums in the world, having opened its doors to the public in April 1957. After a peripatetic existence at several locations in southern California, the museum finally settled at Chino airport in 1967. Even then, the existence of the museum was problematic, and many of the aircraft on display were little more than salvaged airplanes sitting in open fields. Among the first to be restored to flight status was an F6F-5 Hellcat in 1972, followed by a Curtiss-built P-47G Thunderbolt that is still one of only a small handful of “razorback” Thunderbolts in existence. Along the way, the only Nakajima Ki-84 “Frank” was restored in the late 1960s.The A6M5a Model 52 Zero was restored to flying condition in the late 1970s, the only completely original Zero left in the world still powered by a Sakae engine. In 1965, the museum’s flyable North American O-47 was used as a substitute to finish the final flying scene of “Flight of the Phoenix” following the crash of “The Phoenix” in which Paul Mantz was killed. Over the years, airplanes from the museum have appeared in the movies Midway and Pearl Harbor, and even in car commercials.

Other jewels of the collection include a P-51A Mustang that was restored to flight status in 1980, the first Allison-powered Mustang to be restored to fly. A 12-year restoration saw the first flight of the Northrop N9MB in 1993. It is one of only two original Northrop flying wings left in the world, and the only one that flies.

Another long-term project, the restoration of the thirteenth Bell YP-59A “Airacomet,” America’s first jet, is nearing completion and with luck, it will take to the sky again sometime in the next year, powered by original I-16 engines. Other flyable one-of-a-kinds to be seen at the museum include one of two Boeing P-26As left (and the only one that flies) and the last Seversky fighter, a two-seat development of the P-35. Static exhibits include the only Mitsubishi J2M3 Raiden (Jack) fighter and a Yokosuka D4Y3 Suisei (Judy) dive bomber.

Throughout the community of warbird restorers, Planes of Fame founder Ed Maloney is seen as the Essential Man, without whose work there might not be any restored warbirds in the skies. His work in assembling the collection goes back to the years immediately following World War II, which he had been just too young in which to participate.

“I got started in collecting airplanes after the war, when I realized they were just taking all the airplanes and breaking them up, melting them down. Here at Chino, there was Cal-Aero, which had been a major training base. They brought in hundreds of airplanes, everything from BT-13s to B-17s and B-24s and everything in between, and just smelted them down. There was no attempt to save anything! Here, Southern California had been the capital of American aviation, and it was all disappearing.

“When we started, there wasn’t an aviation museum west of the Mississippi. Even the Air Force museum didn’t exist. They’d had one before the war, but they’d closed it down and had lost most of the collection.

“Our first location was in Claremont, right off old Route 66 in 1957. There weren’t a lot of freeways in California yet, and we were able to get a good location near a highway that we could afford. We were lucky we were near Norton Air Force Base and there were people who wanted to come look at the airplanes, even in the shape they were in then, that kept us going.

“There are people who think we got government support, but we never did. We’ve never had a sponsor beyond the donations people have given us because they believed in what we were doing. Of course, companies have given us airplanes, we’ve gotten them from other locations as they were getting rid of them. But just because the airplane was free didn’t mean it was cheap. We had to hire a crew to disassemble it, rent a crane to lift it onto a truck that we had rented to haul it away, pay for storage, sometimes for years. Many times over the years, I cashed in my insurance, took loans against it, took out a second mortgage on the house.”

Beginning in the late 1980s, air museums saw a growth spurt, though many eventually closed their doors in the early years of this century as their owners found themselves unable to meet the expenses of such an operation.

“You have to understand that an air museum is like starting any other business. You have to have a sponsor, or some kind of financing nowadays, and you have to be prepared to put more money into it until it catches on. Very often, people get in over their head. A guy will buy an old airplane and decide he wants to start a museum, he realizes he needs more airplanes and he might get in over his head getting hold of them and not be able to make payments on the loans he’s taken out.

“There’s also the problem that you can decide to go looking for an airplane in Russia that can be restored, or out in the Pacific, and if you don’t know what you’re doing you’ll end up losing money and being taken advantage of. Doug Champlin bought a number of Oscars out of Russia several years ago, he was assured they were in good enough condition to be restorable, and when he opened the crates he had a load of scrap. I’ve gone to Russia to investigate obtaining an airplane, and very often what you see when you get there is not what you were told would be there. The sad truth is, there are a lot of marginal people looking to make a score off what they think are rich Americans, and you can’t trust them. You have to know who you’re dealing with, and what you’re getting. You have to see it and make the deal for that item right there on the spot, watch them crate it up, and then have someone shepherd it all the way back to be sure you get what you bought. There’s also the problem of government corruption when it comes to paying for an export license, being sure that the bill of sale you have is legally binding and acceptable as proof of ownership. If you don’t know what you’re doing, you will be sold a bill of goods, as they say.

“In places like New Guinea, you have to deal with levels of government from the local government where the wreck is located, the regional government, the national government on up. And just because you have met the requirements of one, that doesn’t mean you’ve met the requirements of the next one up. When Dave Tallichet got the B-17E Swamp Ghost  out of there, he had to get all kinds of licenses to bring in the equipment to lift it out of its location, and there were only certain companies there who were dependable. He got it to the port, it was crated on the dock to leave, and suddenly the government seized it and told him he hadn’t gotten all the proper approvals — he basically paid for it twice to get it out of the country.

Many argue today that the aircraft of World War II are simply too rare and too valuable to put them at risk of loss by flying them.

“To me, airplanes are meant to fly. I’m pretty certain that if we weren’t flying them, there wouldn’t be so much interest in them as there is nowadays.

“That said, we try to be extremely careful with what we have, but the truth is, we are dealing with airframes that are now over 70 years old, and even the most minor part can break, and when it does it has to be found somewhere, or a new part made. If it happens on the ground, there’s little worry about the airplane, but if it happens in flight, it can lead to a crash. Our P-47 crashed and was rebuilt. The O-47 crashed almost 30 years ago, and it is being rebuilt and should be back in the air in the next five years.

“We’ve always tried to connect the airplanes to the people who flew them. Over the years I was fortunate to meet many of them. Bud Mahurin was an early supporter who conducted flight tests for us on the P-26 and the Ki-84. Tony LeVier used to come out. We’ve had a long-running monthly event where an airplane is flown after those who might have designed them, built them, flown them in combat spoke to the audience about their experience. That’s becoming more difficult now since we’re losing so many of them every month. But people continue to be interested, and as long as that continues, we’ll be able to keep the doors open and continue the mission of keeping them flying.”