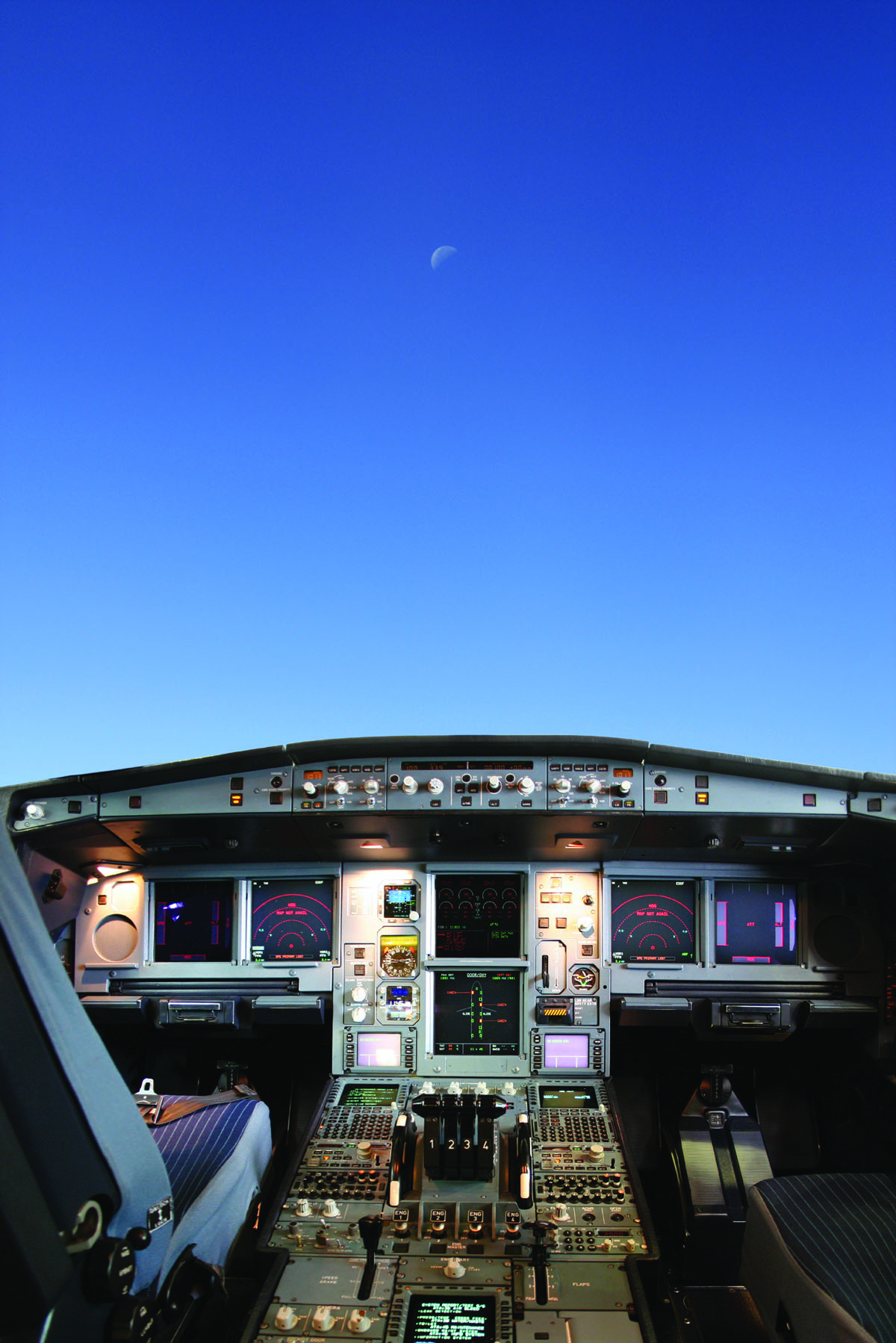 Is automation killing people? That’s the question that keeps on giving. But what’s the answer? As with everything else, there are plenty of opinions. For the sake of clarity, let’s group them into three categories.

The first opinion, typically held by older, more experienced, aviation types is the belief that today’s aviation is an accident waiting to happen. “Too much reliance on automation,” they say. Younger people in the field hold a different view.  “Automation is what makes flying so safe.” And to some extent they are both right. However, it’s the next group of people and their opinion that has caused the problems.

The third opinion group feels that pilots should be viewed as a backup to automation. To them automation is a digital messiah; it can do no wrong. Listen long enough to their ideas and you’ll begin to believe that turning our lives over to automation would bring world peace, end famine and put an end to all accidents. There’s just one problem with that religion. Humans—imperfect humans—envisioned, engineered, and built the automation on which these people are willing to place total faith. Furthermore, once designed and made part of a flying machine, the same imperfect humans write the software and program the computers. Those points nullify the human-hating notions of this group and beg the question: is automation killing people? One thing is certain: In one way or another, automation, and the attendant erosion of basic flying skills, has played a major role in every recent major airline accident. Examples abound.

The basic rule is “Fly the airplane”

Colgan Air Flight 3407, in February of 2009, was an accident that would change aviation forever. The autopilot was on for the approach, the pilots weren’t monitoring it, and when things got so out of hand that the autopilot kicked off, the pilots made mistakes a student wouldn’t make. Result: everyone on board was killed and sweeping new reactionary regulations were passed; regulations many agree will not solve the problem.

Air France 447 came in June of the same year. If you can put the deaths of so many people out of your head, it reads like a tragic comedy. Neither of the crew members was sure what was going on, but when one pilot made the correct move, automation cancelled it because the other pilot was doing the opposite. Result:  everyone on board died and airlines around the world changed their stall training to reflect basic stall recovery skills.

Asiana Airlines Flight 214 in San Francisco is the most recent disaster.  Even to the untrained eye it’s obvious the pilots screwed the pooch. But how could someone with so much experience get so far out of parameters on such a perfect day? Again, opinions are flowing freely. Hidden in the finger pointing, though, is an excellent example of all that is wrong with automation.

While the pilot in training hand-flew the primary flight controls, automation was expected to handle the auto-throttles and speed. Unfortunately, in that specific configuration the technology on board wasn’t able to recognize and resolve the approaching speed issue.  Therefore, with basic flying skills dulled by technology, four sets of eyes didn’t monitor the airspeed, and the entire crew missed a lack of expected auto-throttle input until it was too late. Result: miraculously only three died and once again aviation has gone in search of a band-aid.

The basics don’t change — regardless of the airplane’s size

To put it bluntly, pilots are forgetting the basics of how to fly an airplane by hand, and aviation isn’t doing what needs to be done to correct the problem.  The end result is that, when the automation gets funky, the non-digital flight system (the pilots) doesn’t know what to do. The mistakes being made are Aviation 101 mistakes and they are costing lives.

The problems surrounding automation are well known. As are the solutions.

Expectancy Errors:  The reliance on automation becomes so ingrained that you expect it to work. Then at some random time it doesn’t.  Typical solution to expectancy errors: Revert to “raw” hand flying skills.

Programming Errors:  This is the classic garbage in, garbage out problem. Typical solution to programming errors:  Revert to “raw” hand flying skills.

Information Overload Errors: Modern technology offers so much information, much of it is overlooked and often at the worst possible time. Typical solution to information overload errors:  Revert to “raw” hand flying skills.

Hand Flying Errors:  Your basic flying skills have been dulled by the use of automation. Typical solution to hand flying errors:  Revert to luck.

It’s important to note that with all these errors, except the obvious one, the natural pilot response is to revert to hand flying.  That’s because it connects the pilot to the airplane in a way nothing else does.  And yet, by viewing pilots as a backup to automation, aviation treats pilots as a system that only requires attention when something goes wrong.  So, basic flying skills degrade.  Then, when the human part of the system is needed to solve a problem, aviators often find themselves ill-equipped to handle the load.

The airline approach to a problem solution is CRM, Crew Resource Management. In general aviation it’s “Risk Management.” Crew Resource Management is the philosophy of using all available resources to insure a successful flight. Yet, despite manuals and training that include everything from ATC to flight attendants, I’ve never seen hand flying skills listed.  The concept of Risk Management, on the other hand, seeks to avoid accidents by viewing a higher percentage of flights as risky and encourages pilots to fly only when everything was perfect. Unfortunately, both continue to ignore basic skills. The result is that automation-based accidents have began to take the stage.

Looking for a solution

Looking to discover a root cause, everyone involved quickly discovered a trend. Basic flying skills had been forgotten. Even worse, they had practically been abandoned. Going all the way back to basic flight training, the focus had moved away from basic flying skills to automation. The FAA had even contributed to it via FITS (FAA/Industry Training Standards) that stresses automation over raw skill.

Is automation killing people? Yes, of course it is. However, it has also saved a lot of lives. And, when there’s an accident, rarely is it directly responsible. But, automation can be deadly and its effect most insidious, when trusted and relied upon to the point that basic skills and aeronautical understanding are allowed to degrade. One only has to look back to 1989 and United Flight 232 to understand the advantages of knowing how to truly fly an airplane.

Due to an engine explosion, UAL 232, a DC-10, had zero working aerodynamic controls; no elevators, no ailerons, no rudders. With nothing but engine thrust on the outboard engines left to control the aircraft, Captain Al Haynes, First Officer William Record, Second Office Dudley Dvorak, and jumpseater Check Airman Dennis Fitch combined their human intelligence and basic flying skills to save the lives of 185 people by flying an unflyable airplane. Were it not for their skills borne of an understanding of what makes an airplane fly, all on board would have been lost.

After the accident, engineers attempted to create a system that would enable a similarly stricken airliner to do the same through automation.  They were unsuccessful, ultimately proving that when the chips are down, only the well-trained human brain has the ability to think outside of the software and solve the unsolvable.

There is an easy fix to this issue. Although airline check rides require at least one hand flown approach, the parameters allowed during the maneuvers do little to improve a pilot’s ability to hand fly an airplane. Additionally, despite the fact that simulator time is extremely expensive, everyone knows the training devices do not fly like the real thing. Therefore if aviation truly wishes to improve the skills of its pilots, much like forcing students to do math on paper instead of with calculators, pilots could be required to get five hours of flight time in small, non-automated aircraft annually. Those planes are referred to as “basic trainers” for a reason. Ultimately though, it’s an old cliché that, if you don’t use it, you lose it, and there’s too much truth in that truism for it to be ignored.

The anonymous author is a current B-747 pilot who has been flying with the airlines for 14 years. He holds type-ratings in aircraft from DC-3s to B-747s.