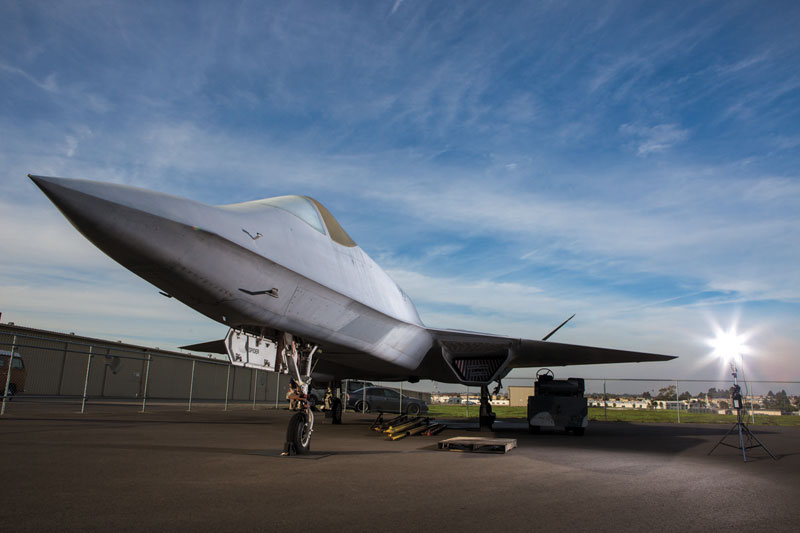 Our readers know Barnaby Wainfan as a knowledgeable writer with insight into unconventional aircraft designs. Among his Flight Journal articles are his contributions on lifting bodies and the Vought V-173 “Flying Flapjack.”

Wainfan is a longtime aeronautical engineer with degrees from Cornell and the University of Michigan. He has worked with Northrop Grumman since 1990, and his unclassified projects include the F/A-18 Hornet, the F-35 stealth fighter, and the Navy’s X-47B unmanned demonstrator. A longtime EAA member, Wainfan has won a design award at Oshkosh for his Facetmobile lifting-body homebuilt and remains intrigued with the potential for breakthrough concepts from outside the aerospace industry. We phoned him to ask his thoughts on the state of aircraft design today and where it might be headed in the near future.

From then to now

Wainfan begins by setting the stage, reviewing the evolution of aerodynamic knowledge. “NACA’s files have a very well thought out paper from the early 1940s, analyzing the ultimate speed of piston aircraft. The author computed that 550mph would be the top end, and it fit very well with Rare Bear’s eventual record (528mph in 1989). It made perfect sense from the view of the knowledge of the industry at that time.” But wind tunnels and slide rules only got us so far. For instance, Wainfan notes that no wind tunnel could represent high supersonic or hypersonic airflow, which is why computer modeling is so important in the 21st century. But he offers a cautionary note.

“We’re really good at predicting performance and handling, and understanding the pre-stall regime. But we keep relearning that somewhere there’s lurking a factor that we could not predict and our computers were not fully programmed to detect it. That’s why we still need wind tunnels and careful, progressive flight testing.

One problem is that some engineers are reluctant to believe wind tunnel data. Wainfan says, “It’s human nature. You invest all this time and effort in a project and you’re sure of the result, but then the numbers don’t match your prediction.” He says that sometimes even computer results are ignored. It’s important to get things right before you commit to flight. With unmanned prototypes, “You say a prayer to the flight control gods and hold your breath for 15 minutes!”

Not surprisingly, the challenges of aircraft design keep reverting to the basics. “Our level of understanding and improving aircraft design has been a history of growth in understanding physics,” Wainfan says. “There are no new physical laws to discover, but our knowledge of them has grown tremendously, especially since my undergraduate days in the 1970s. Basically, engineers want to know how they can manipulate those laws to make an aircraft do what you want it to do.” He sees aerospace engineering as a subtle enterprise, seeking nuances to coax more performance from a growing variety of designs.

Wainfan cites the growth of boundary layer knowledge as a prime example over the past 30 or 40 years. “Bruce Holmes of NASA did some excellent work, and we have revised our understanding of laminar flow in so many platforms, including sailplanes. With the use of composites and advanced manufacturing techniques for metallics, we can get the surface quality we need to sustain significant laminar flow at a reasonable structural weight. We get better lift-to-drag ratios and therefore more performance. We see it in general aviation designs like the Cirrus, and in long-range concepts such as Global Hawk and Voyager.” Asked whether those designs’ high aspect ratio wings reflect boundary layer knowledge, Wainfan adds, “Mainly it’s the use of unswept wings that make extensive laminar flow possible. Extending that to swept wings is the goal of intensive research going on now. Materials are a big part of the equation, because we can form airfoils that are smoother and easier to produce than ever before.”

Yet sometimes the way ahead is found in the past. Wainfan cites the flying wing as an idea that came and went before it returned to stay. “In the 1940s Jack Northrop’s idea was thought to be the shape of the future but then it was seen as too radical.  But now we have the success of the B-2, and we’re seeing more with the X-47B and Boeing’s blended wing body (BWB) airliner concept.”

Materials seldom receive much attention, even in the popular aviation press, but composites offer tremendous advantages. Dating at least from the Windecker Eagle lightplane in the 1960s, synthetics have grown in utility. Wainfan summarizes, “The primary benefits of composites are better shape and more strength for less weight, permitting a higher aspect ratio. Composites also can help control flutter modes by increasing wing stiffness in ways that metallurgy sometimes cannot.”

Though a devoted engineer, Barnaby Wainfan keeps a practical attitude toward not only how aircraft are produced, but why. “We as an industry make certain assumptions about our products and where the business is headed. But inevitably, whatever the prognosticators tell you, they’re wrong. In the 1970s and early 80s the experts predicted that the big-deck aircraft carrier was going to be too expensive, so small-deck ships were going to operate two kinds of VTOL aircraft, subsonic and supersonic.” Obviously it never happened, at least in the U.S. Navy.

“Boeing was so sure that the SST was the way to the future that the 747 almost never got built. ‘Everybody knew’ that airline passengers were going to buy speed, and the subsonic business would mostly be for freight. Fortunately for Boeing, the 747 was designed with a cargo capability, and as we now know, it’s been extremely successful in both roles. Here we are with well over 1,000 built.” Wainfan sees almost no end to the lifespan of conventional aircraft, citing the DC-3 as a classic example. Thirty years ago there were Gooney Birds with 80,000 hours, and he says, “I think that when PBA retired its last bird, it had about 140,000 hours.”

Whatever the design philosophy that engineers and corporations may envision, any product requires purchasers. Airlines, by their nature, focus on operating cost and efficiency, and Wainfan uses two aircraft as comparisons. “The 757 runs half of the 707’s seat-mile fuel cost. That’s a huge difference, based on engine performance, detail aerodynamic design, and structure. I’m told that the 787 is 10 to 15 percent better than the 75. So we’re still learning and still improving.”

From 1903 to today, aviation progress has mostly been evolutionary rather than revolutionary. The Wright Brothers’ systematic experiments were a prime example. Wainfan says, “Incremental improvements are crucial but not exciting. However, they’re the way we have learned to conduct business. We usually don’t try to make big advances at once. We probe, leaving room for error, room to discover the nuances that I mentioned before.” Wainfan adds, “The quest for absolute performance in the atmosphere may have taken us about as far as we need to go—or want to go. Hypersonic speeds definitely are useful for missiles, but at about 3.5 Mach the atmosphere becomes an impediment. Many engineers believe that chase is a business we probably should get out of.”

So where will new concepts and designs come from?

Barnaby the homebuilder has an answer. “Frequently when the ‘experts’ say we’ve reached the top, there’s some little guy you never heard of who’s thinking far outside the conventional box. Sometimes he thinks that way because nobody has told him his idea won’t work.” Wainfan insists that homebuilders with their own funds represent a talent pool that is too often overlooked. Or an innovative designer with friends who have friends can help launch a new design. He cites the Rutans, Stoddard-Hamilton, and the CarterCopter from a small R&D firm in Texas. Its concepts range from the four-place Personal Air Vehicle to 150-foot diameter rotor designs capable of lifting ten tons.

With the U.S. Government abandoning its manned space program, the void has been filled by private enterprise. Wainfan notes the Virgin Galactic, Xcor and Space X projects, placing non-governmental vehicles in space, offering E-ticket rides for well-heeled passengers or to deliver cargo the International Space Station.

Barnaby Wainfan is understandably reluctant to dust off a crystal ball. But he says, “There’s no end of really exciting projects, such as the ‘ninja star’ bidirectional flying wing that offers the possibility of supersonic speed without the environmental problems of a sonic boom.” He does, however, anticipate continuing improvements in fuels, especially from natural gas.

“The history of aircraft development is a series of evolutionary periods, each followed by a radical breakthrough. Once the breakthrough happens, we return to evolution to refine it, until the next big change. The big changes come when one of two things occur. Either someone comes up with a way of making current ‘conventional’ designs obsolete, as with the introduction of jet engines, or the customer community comes up with a requirement we can fill with a conventional approach. When that happens, we have to invent something new to meet the demand.”