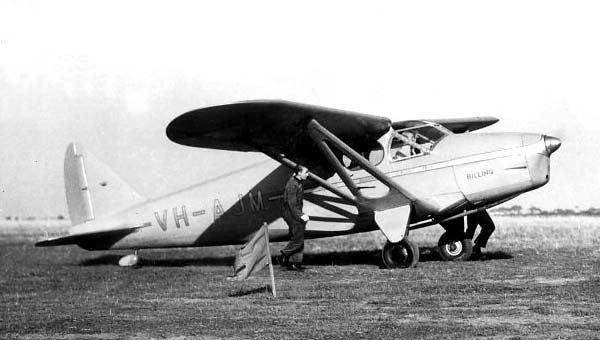 The place was Melton, near Melbourne, Australia, the date was July 5, 1936.

Cahill’s farm stood where Genesis Fitness Centre now stands. Mr. and Mrs. Cahill were milking their cows just after 8 a.m. High above them, a tiny plane circled the town. A fierce storm with strong winds tore at the plane and, as those on the ground watched in horror, the plane began to disintegrate. The light framework was no match for the storm and the pilot fought to gain control.

Eyewitnesses watched in shock as one wing and part of the fuselage fell to earth.  As the other wing was torn from the craft, the passenger also fell to earth, dying instantly. Within seconds the remains of the plane crashed with such force into Arnolds Gully that it split the rock on which it landed. The pilot was killed on impact.

The passenger in the ill-fated plane was Alexander Campbell who died leaving a wife and five small children. He was a mining engineer with Broken Hill Proprietary Co. and the plane had been hired to take him from Essendon Airport to pick up other BHP executives from various outback towns before its final destination in Darwin.

The pilot of the plane was 22-year-old Jimmy Melrose from Adelaide and all of Australia mourned his death. Some 100,000 people attended his funeral in Melbourne and a simultaneous service was held in Adelaide. School children lined the route as his body was taken from Melbourne’s St Paul’s Cathedral to Springvale for burial. Planes circled overhead. The South Australian parliament suspended its sittings and St Peter’s Cathedral in Adelaide was packed. Three planes flew over as the service ended.

For the complete story by Veronica Schwarz of MeltonWeekly.com, click here.