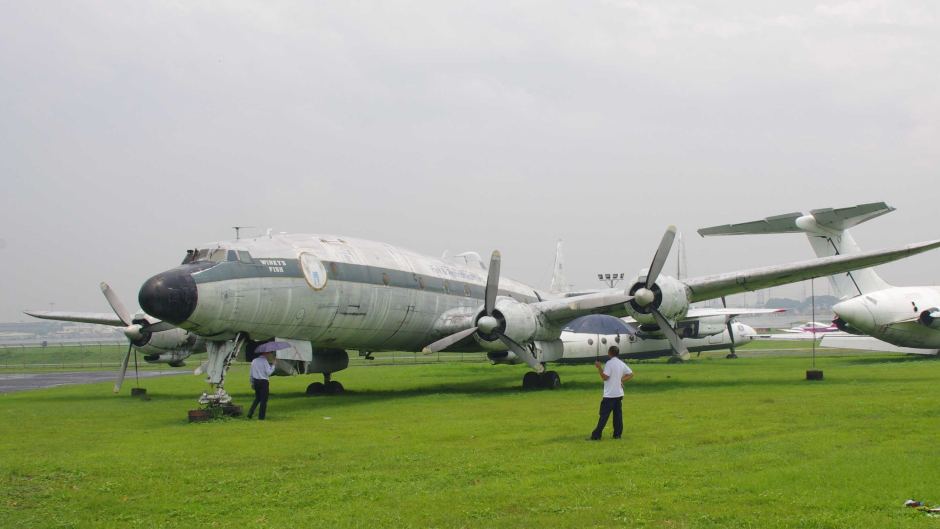 The Manila International Airport Authority in Manila, Philippines, recently announced an auction to forcibly sell off a dozen dormant airliners which had lain more or less abandoned at the airfield’s general aviation facility for some years now. These included five DC-9′s, an Antonov 24, Yak-40, four DC-3s and most importantly a Lockheed Super Constellation.

The civilianized, former U.S. Navy C-121J (Bu.131623) has been ground-bound at Manila for more than twenty five years now. It was last used by World Fish & Agriculture, Inc. to fly tuna from Palau to Nagoya, Japan, until being impounded at Manila in 1988. Since that time the aircraft has slowly deteriorated in the hot and humid climate. This usually spells the end for any airliner, and the scrap man is nearly always the winner at an auction such as the one held at Manila on Sept. 12.

However, while there is no news on the fate of the four DC-3s, WarbirdsNews learned from a post on Ralph Pettersen’s fabulous website Connie Survivors, that the Qantas Founders Museum has secured the Super Constellation.