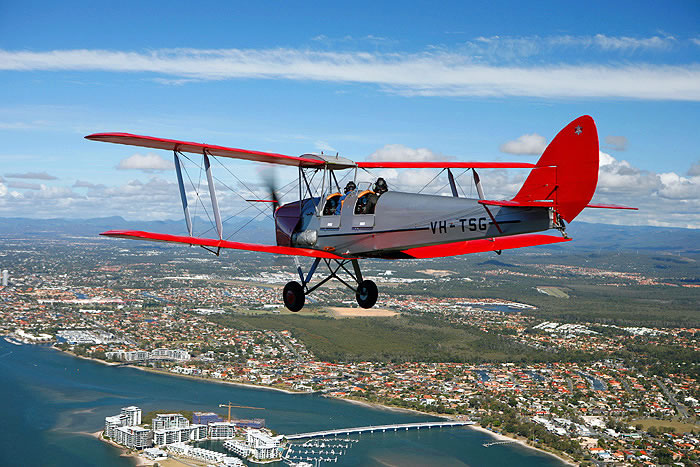 It is believed the pilot was taking a French tourist on a joy flight when the biplane came down just after 12:30pm yesterday near the Couran Cove resort on South Stradbroke Island. A lifesaver raised the alarm after seeing the aircraft hit the water at high speed. Police salvage teams and divers have found the wreckage of the plane but there is no sign of survivors.

“We’ve already been conducting a search in the area and the on-scene commander has informed me it’s now in the recovery phase,” said Sr. Sgt. Lucas Young.

For video and the complete story by the ABC (Australia), click here.