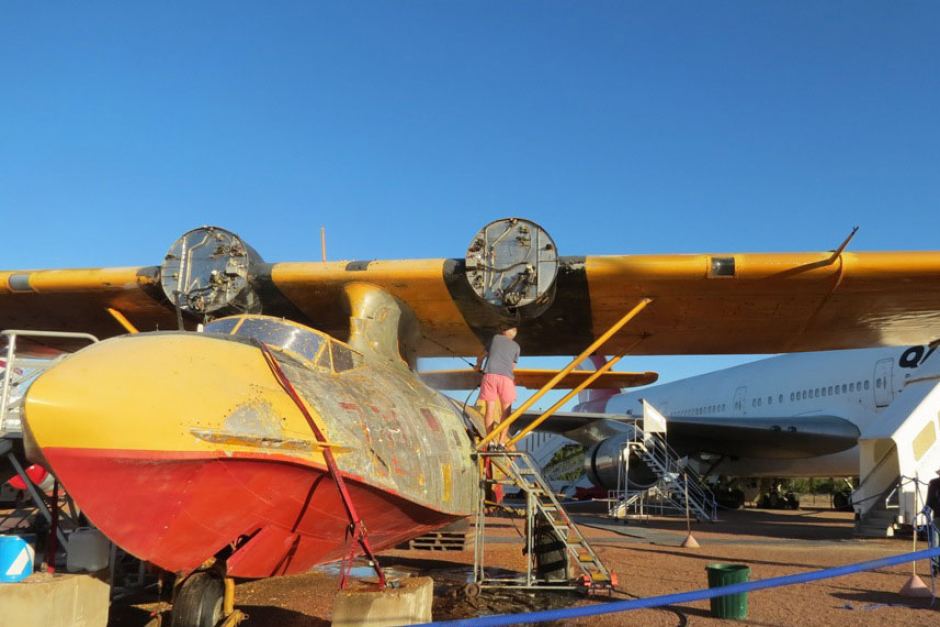 A restoration effort has begun at the Qantas Founders Museum in Longreach in central-west Queensland, Australia, to convert a vintage Consolidated PBY Catalina flying boat into a historical display.

The museum has secured a $50,000 grant to help restore the plane. It bought the plane in Spain four years ago and flew it home to Longreach in 2011.

Museum spokesman Rodney Seccombe says it is the same type of plane that Qantas pilots flew on the dangerous missions during World War II, known as the “Double Sunrise” flights. He says it will be repainted in World War II camouflage colours but it will not fly again.

For the complete story by Chrissy Arthur of ABC (Australia), click here.