The Waco CG-4A was the most widely used American troop/cargo military glider of World War II. It was designated the CG-4A by the United States Army Air Forces, and named Hadrian (after the Roman emperor) in British military service. 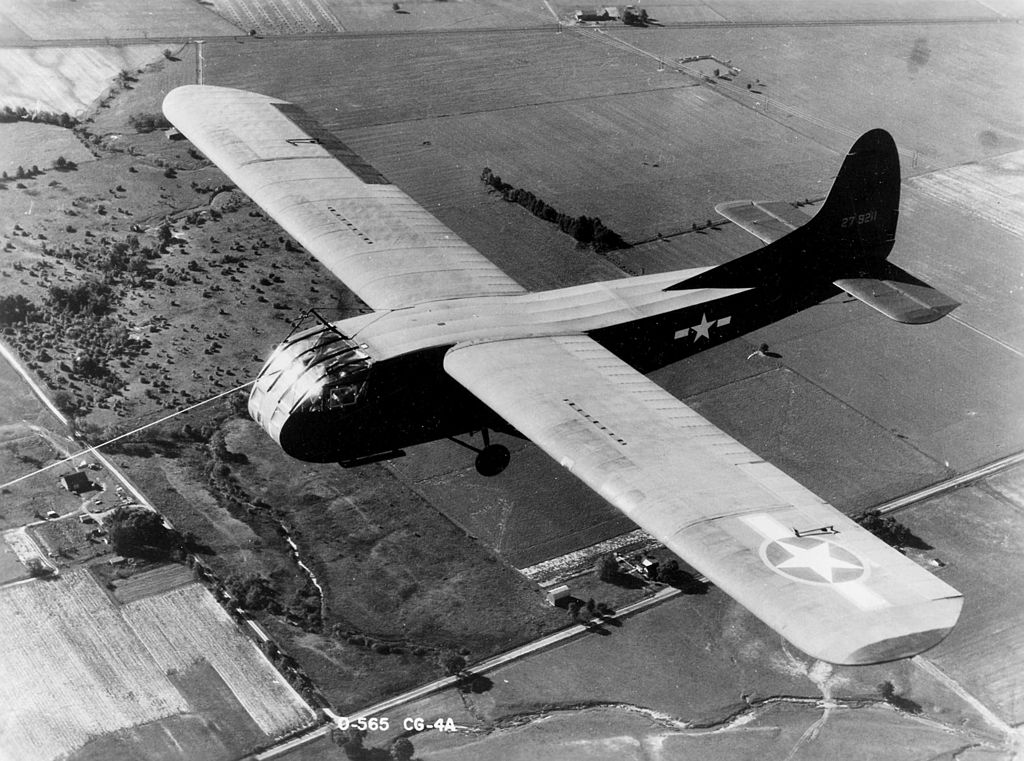 Designed by the Waco Aircraft Company, flight testing began in May 1942, and eventually more than 13,900 CG-4As were delivered. The CG-4A was constructed of fabric-covered wood and metal and was crewed by a pilot and copilot. It had two fixed main wheels and a tailwheel. The CG-4A could carry 13 troops and their equipment. Cargo loads could be a 1⁄4 ton truck (i.e. a Jeep), a 75 mm howitzer, or a 1⁄4 ton trailer, loaded through the upward-hinged nose section. C-47s were usually used as tow aircraft. A few C-46 tugs were used during and after Operation Plunder. 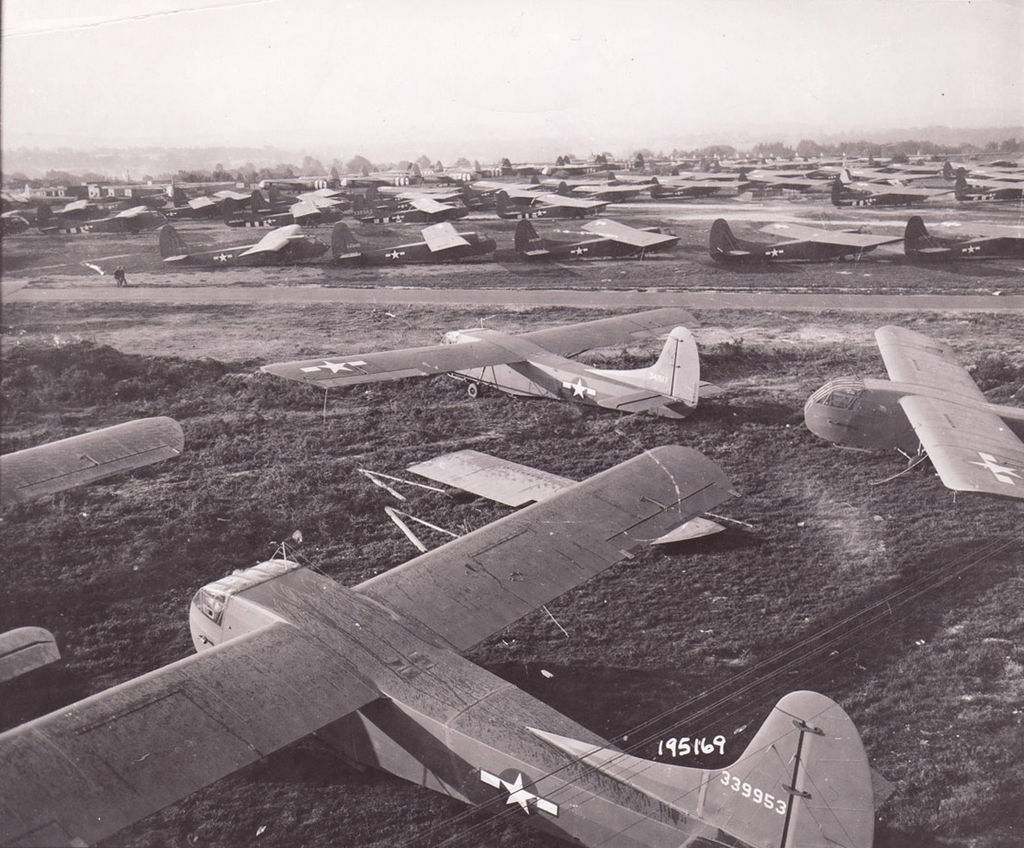 The USAAF CG-4A tow line was 11⁄16-inch-diameter nylon, 350 feet long. The CG-4A pickup line was ​a 15⁄16-inch diameter nylon cord, but only 225 ft. long including the doubled loop. In effort to identify areas where strategic materials could be reduced, a single XCG-4B was built at the Timm Aircraft Corporation using wood for the main structure.

From 1942-1945, the Ford Motor Company’s plant in Kingsford, Michigan, built 4,190 Model CG-4A gliders for use in combat operations during World War II. The Kingsford plant built more CG-4A gliders than any other company in the nation at much less cost than other manufacturers. The other primary builders of the Model CG-4A gliders were located in Troy, Ohio; Greenville, Michigan; Astoria, New York; Kansas City, Missouri and St. Paul, Minnesota.