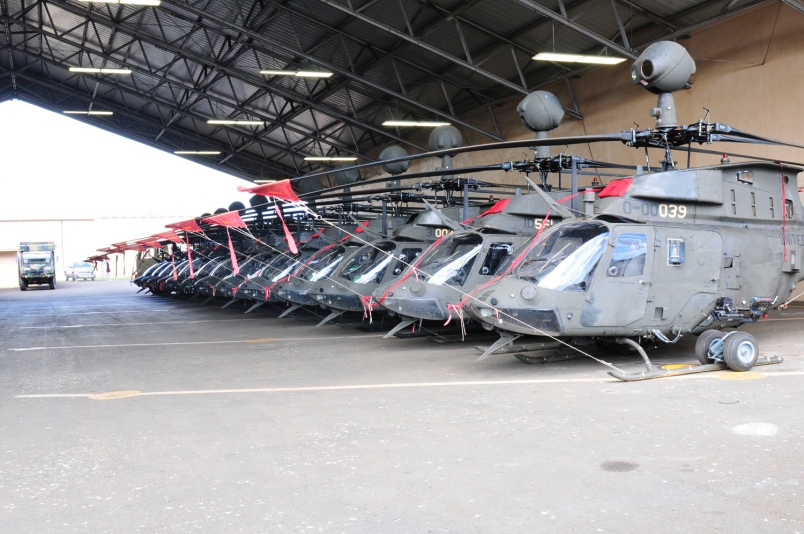 It’s the end of the flightline for a U. S. Army scout helicopter that’s flown out of Hawaii’s Wheeler Army Airfield for at least 15 years.

The 2nd Squadron, 6th Cavalry Regiment, flew its 25 Bell OH-58 Kiowa Warrior helicopters to Joint Base Pearl Harbor-Hickam last week as the Army continues its divestiture of the armed reconnaissance choppers in a cost-cutting move, the service said.

“The OH-58 Kiowa Warrior is going to be taken out of the Army inventory,” Maj. Anthony Freude, the divestment operation officer in charge, said in an Army-produced news story. “What we’re doing here is getting these aircraft ready to get loaded into Air Force aircraft, and they are going to take them to their point of destination.”

For the complete story by William Cole of The Honolulu Star-Advertiser via Stripes.com, click here.