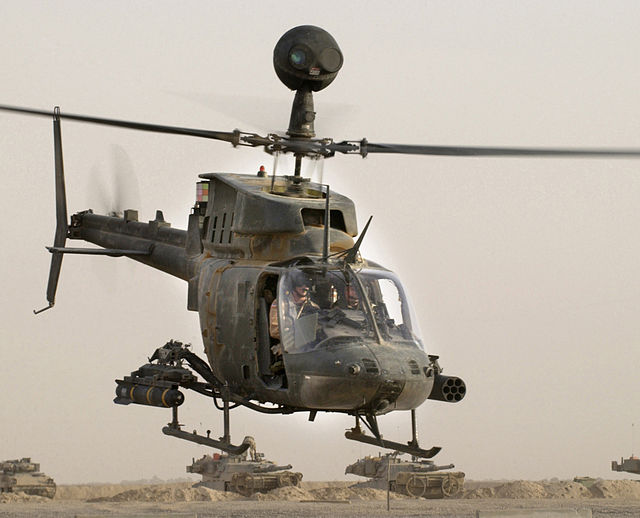 It was a bittersweet goodbye for aviators and family members of a helicopter squadron Thursday morning at Joint Base Lewis-McChord in Washington state.

They gathered to remember the legacy of the U.S. Army’s 4-6 Attack Reconnaissance Squadron— part of a U.S. Cavalry outfit, known as the “Fighting Sixth,” that dates back to the Civil War. And they witnessed the retirement of the squadron’s colors at an inactivation ceremony at Watkins Field.

The squadron is the first to be disbanded as part of a five-year plan to phase out all Bell OH-58 Kiowa helicopters in the Army. It’s also part of a larger postwar force reduction at JBLM that has resulted in the loss of one of the base’s 4,500-soldier Stryker brigades and a 500-soldier artillery battalion. Even deeper cuts may lie ahead.

For the complete story by Ryan Tarinelli of The (Tacoma, Wash.) News Tribune, click here.