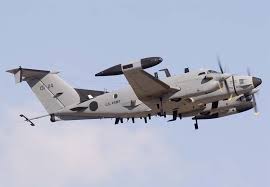 The RC-12 Guardrail is a twin-engine turboprop aircraft based on the Beechcraft Super King Air. It is used for special missions for the Army, according to a news release. Originally stationed in Korea, where it flew multiple missions, the decommissioned aircraft will be displayed at a site still to be determined. Tobyhanna technicians perform repairs of various RC-12 electronic components.

For the complete story by the Pocono (Stroudsburg, Pa.) Record, click here.