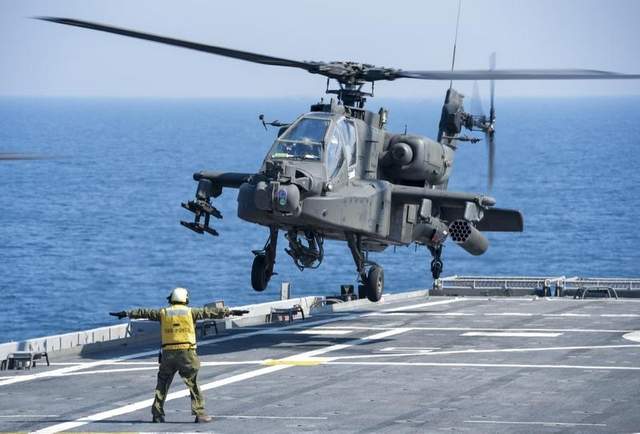 The U.S. Army is considering certifying some of its attack helicopters to operate from ships — a mission historically conducted by the Marine Corps — as the service looks to broaden the role it would play in an Asia-Pacific battle.

Operating from ships at sea “seems to be a growth capability, and we do sense that there is increasing demand out there” in South Korea and U.S. Central Command, said the Army’s director of aviation, Col. John Lindsay, at an April 8 event at the Center for Strategic and International Studies think tank.

The service has been running drills on landing Boeing AH-64 Apache helicopters on Navy ships in recent months, but “we’ve gotta make sure that we have the appropriate demand signal coming in from the combatant commanders,” Lindsay said, to determine “how much maritime capability does the Army need to invest in.”

For the complete story by Marcus Weisgerber and Paul McLeary of DefenseNews.com, click here.