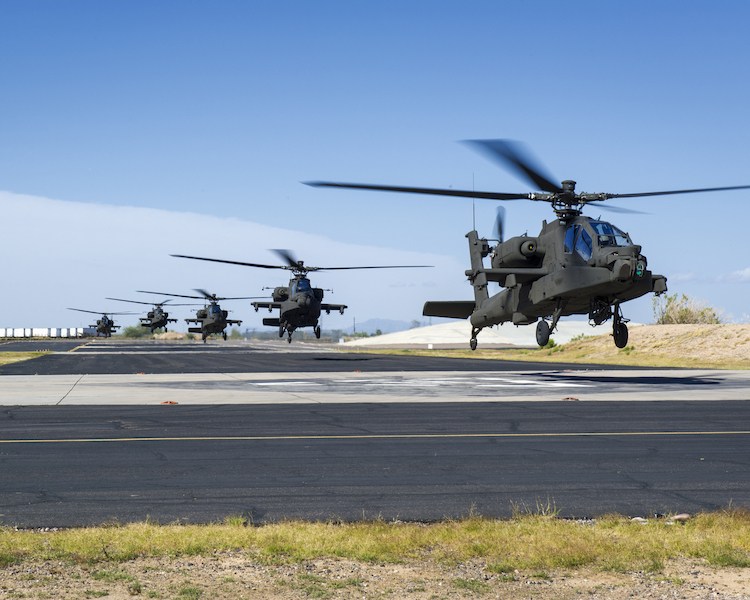 The drone revolution, it appears, came along just in time for the U.S. Army. The service’s leaders have decided they can afford neither a new armed scout helicopter nor even the old ones they already own, but there’s always MUM-T — aka Manned Unmanned Teaming, in which manned aircraft work with unmanned aerial systems (UAS), aka drones.

“It’s a phenomenal capability,”  Davis said on the eve of an Association of the United States Army aviation conference. Davis was there to describe how pleased he and others in the Army are with the AH-64E, the latest version of the beefy, heavily armed attack helicopter known to some Taliban as “The Monster.”

For the complete story by Richard Whittle of Breaking Defense, click here.