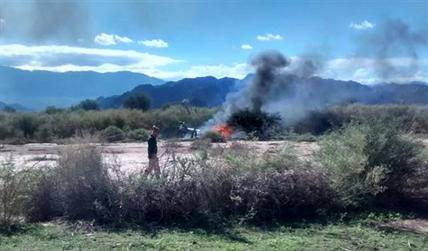 The helicopters crashed while flying near Villa Castelli in La Rioja province, about 730 miles northwest of Buenos Aires, La Rioja Secretary of Security Cesar Angulo told television station TN. All 10 people on board both aircraft were killed. “An explosion occurred and it’s believed that they collided,” said Angulo.

Photographs showed the burning and smoking wreckage of the helicopters on the ground in dry scrubland with people gathered nearby.