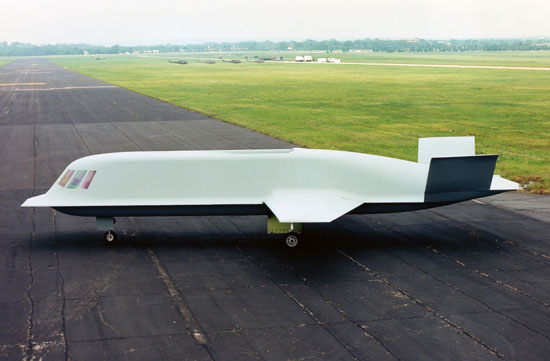 It looks like an upside-down bathtub with wings, pretty odd for a spy jet that was among the nation’s most highly classified pieces of military hardware. As I stand in front of the plane code-named Tacit Blue at the National Museum of the U.S. Air Force, near Dayton, Ohio, I’m reminded that it still holds a bit of mystery.

Engineers made fun of Tacit Blue’s design by nicknaming it the Whale, but the program — declassified in 1996 — was deadly serious. It was all about stealth. Pentagon Cold War strategists desperately wanted to build planes that could evade Soviet radar.

And so the Air Force launched a “black program” to develop Tacit Blue and tested it at a secret government airbase in Nevada called “Area 51,” according to CIA documents released in 2013.