A naval scout plane and dive bomber manufactured by Douglas Aircraft, the SBD Dauntless was the Navy’s workhorse used from 1940 through 1944. The SBD (“Scout Bomber Douglas”) was the United States Navy’s main carrier-borne scout plane and dive bomber from mid-1940 through mid-1944. U.S. Navy and Marine Corps SBDs saw their first action at Pearl Harbor, where most of the Marine Corps SBDs of Marine Scout Bombing Squadron 232 (VMSB-232) were destroyed on the ground. 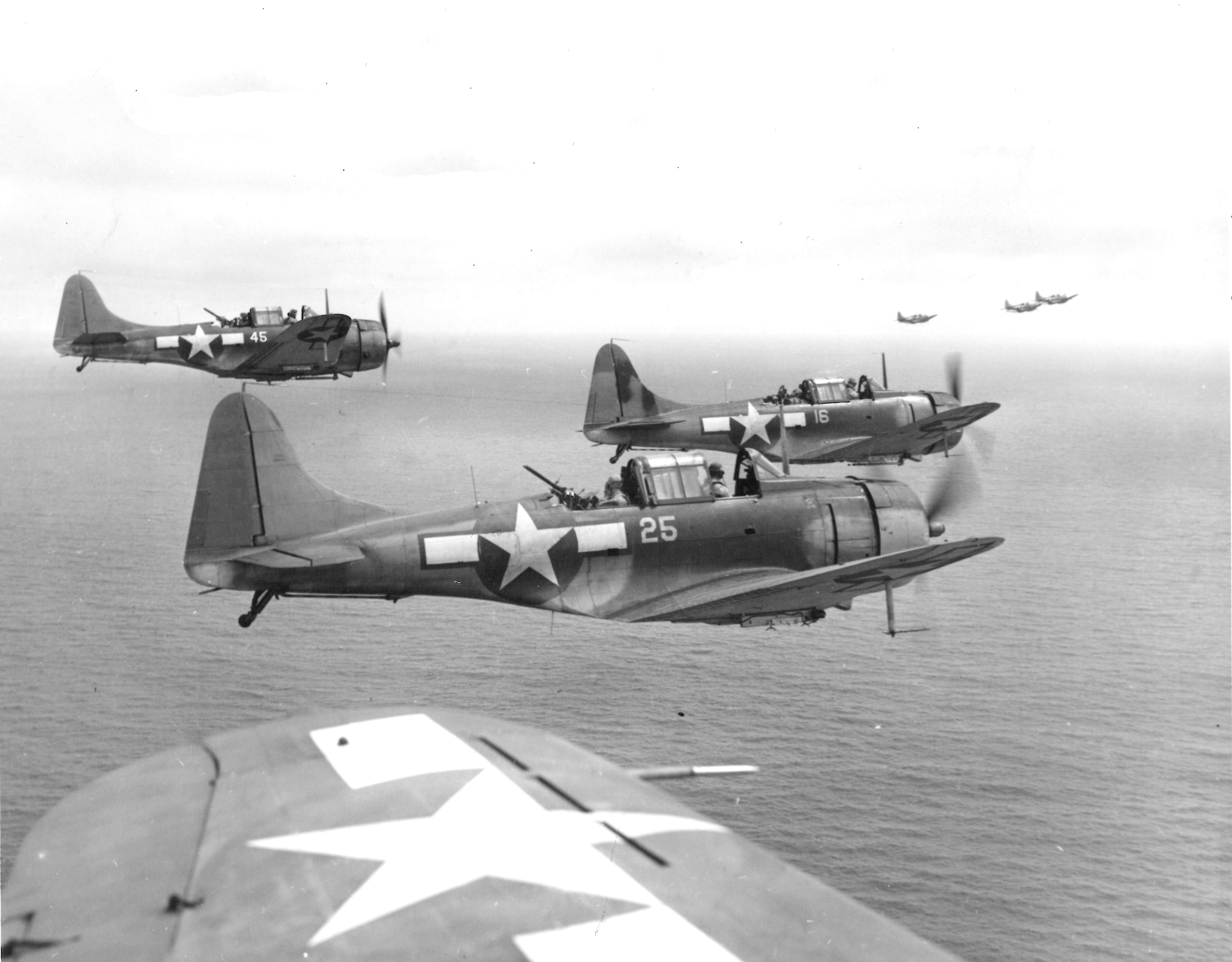 Most U.S. Navy SBDs were operating with their aircraft carriers, which did not operate in close cooperation with the rest of the fleet. Most Navy SBDs at Pearl Harbor, like their Marine Corps counterparts, were also destroyed on the ground. 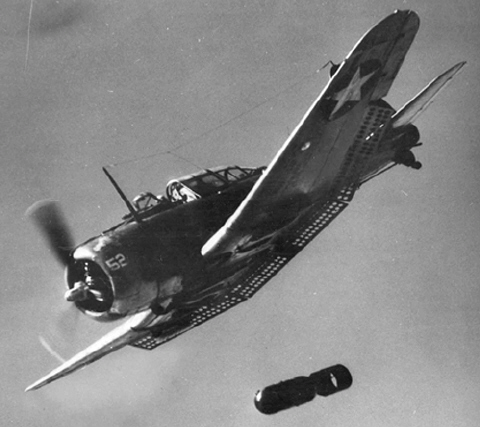 The SBD was also flown by the United States Marine Corps, both from land air bases and aircraft carriers. The SBD is best remembered as the bomber that delivered the fatal blows to the Japanese carriers at the Battle of Midway in June 1942. 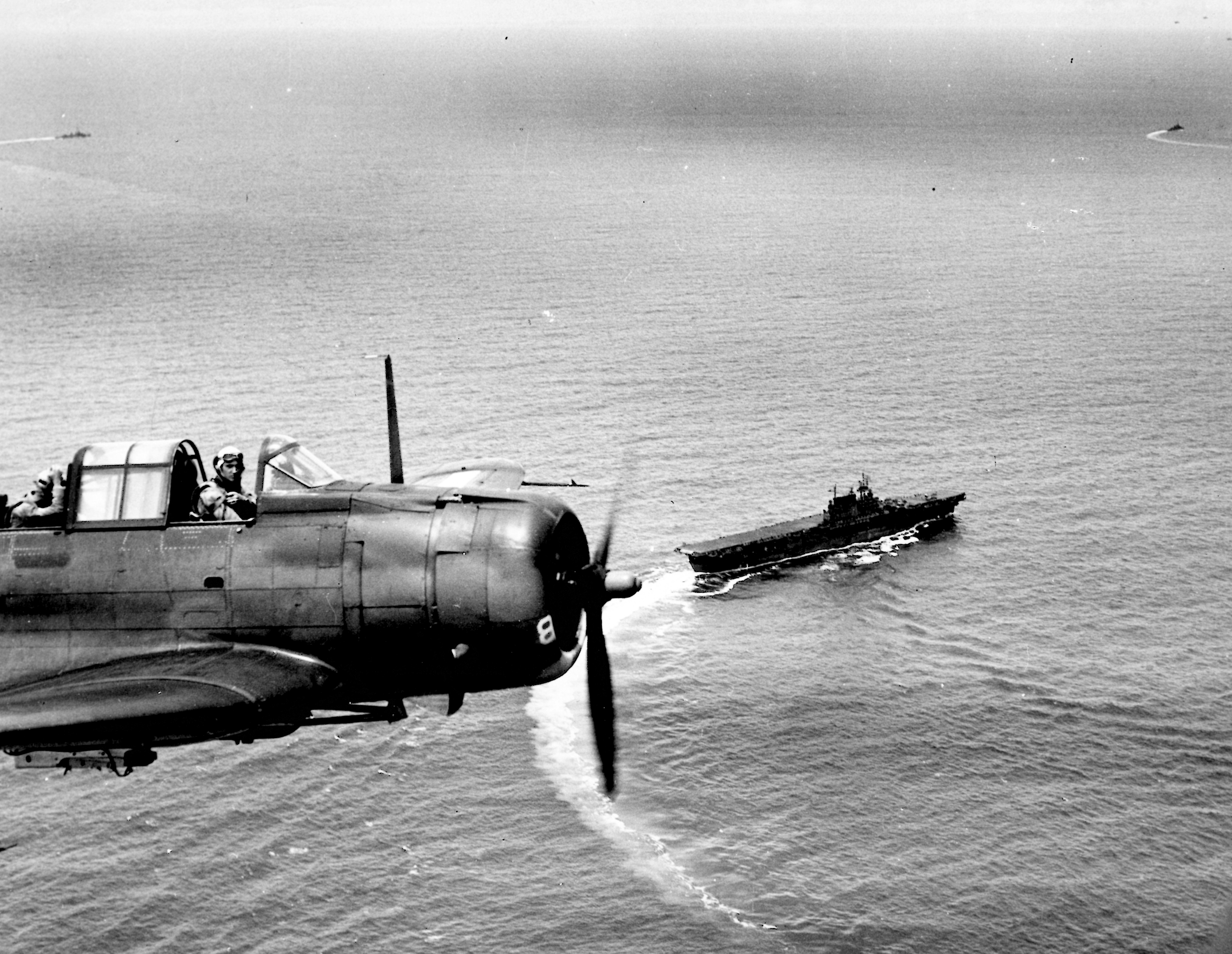 During its combat service, the SBD was an excellent naval scout plane and dive bomber. It possessed long range, good handling characteristics, maneuverability, potent bomb load, great diving characteristics, good defensive armament and ruggedness. One land-based variant of the SBD, with the arrestor hook omitted, was purpose-built for the U.S. Army Air Forces, and was known as the A-24 Banshee. 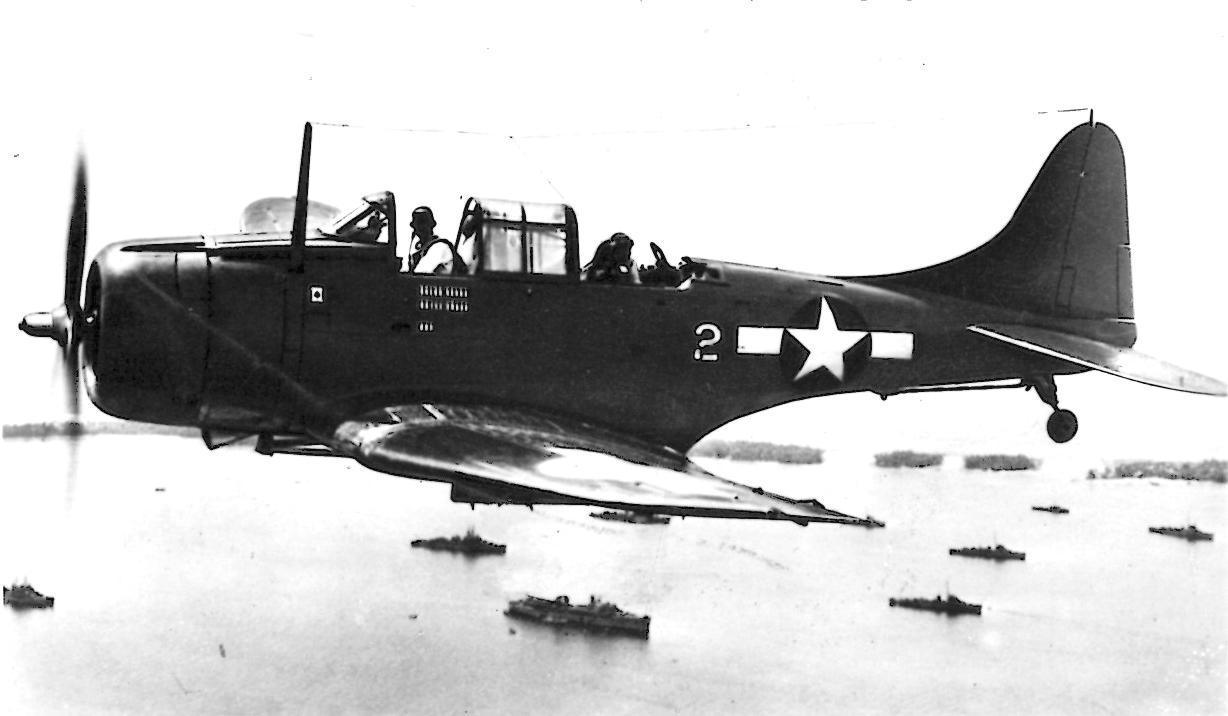 During the Pacific War, the SBD’s strengths and weaknesses became evident, as the American tactics were based around dive bombing, while the Japanese stressed torpedo bombers evident with their Nakajima B5N2 “Kate” which had caused the bulk of the damage during the attack on Pearl Harbor.

In the Atlantic the SBD saw action during Operation Torch, the Allied landings in North Africa in November 1942. The SBDs flew from the USS Ranger and two escort carriers. Eleven months later SBDs saw their European debut when aircraft from Ranger attacked Nazi German shipping in Norway. By 1944 the U.S. Navy began replacing their well used SBDs with the more powerful SB2C Helldiver.