Apr 02, 1942 — The aircraft carrier, the USS Hornet quietly departs San Francisco with Lt. Col. James Doolittle and his 16 US Army B-25 Mitchell bombers on board. This bombing mission was in response to the Japanese sneak attach on Peril Harbor on December 7, 1941. The now famous Tokyo Raid took place on Saturday, April 18, 1942. 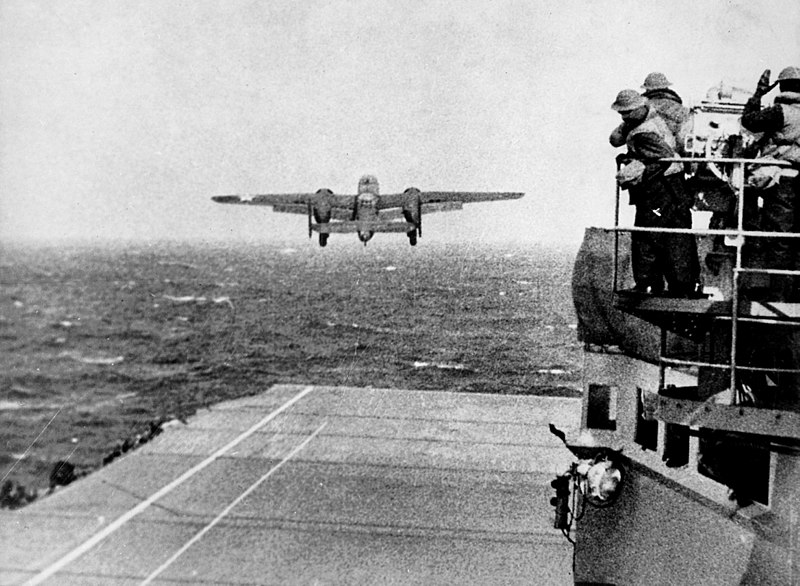 The plan called for them to bomb military targets in Japan, and to continue westward to land in China—landing a medium bomber on Hornet was impossible. Fifteen aircraft reached China, but all crashed, while the 16th landed in the Soviet Union. All but three of the 80 crew members initially survived the mission. Eight airmen were captured by the Japanese in China, three of which were later executed. The B-25 that landed in the Soviet Union was confiscated and its crew was detained for more than a year. Fourteen complete crews, except for one crewman who was killed in action, returned either to the United States or to American forces.