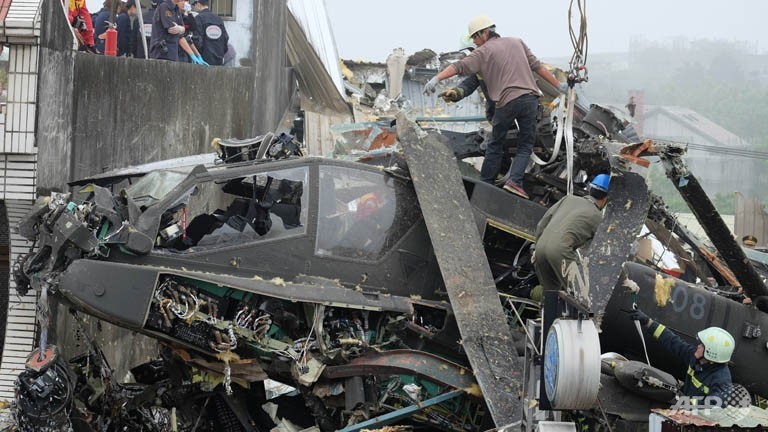 Two Taiwanese pilots were injured on Friday when their Boeing AH-64 Apache attack helicopter crash-landed on a building in northern Taiwan during a routine training mission, the military said.

The pilots suffered slight facial and leg injuries after crashing on top of the three-story building in Taoyuan county and were taken to hospital. No civilians were hurt. Television footage showed uniformed men inspecting the wreckage of the AH-64E808 on top of the building, which was partly damaged by the impact along with two adjoining houses.

Army deputy commander Wang Hsing-wei said all Apache helicopters have been grounded for inspections, the second time the aircraft were grounded for safety checks since they came into service in December.

For the complete story by AFP via Channel NewsAsia, click here.