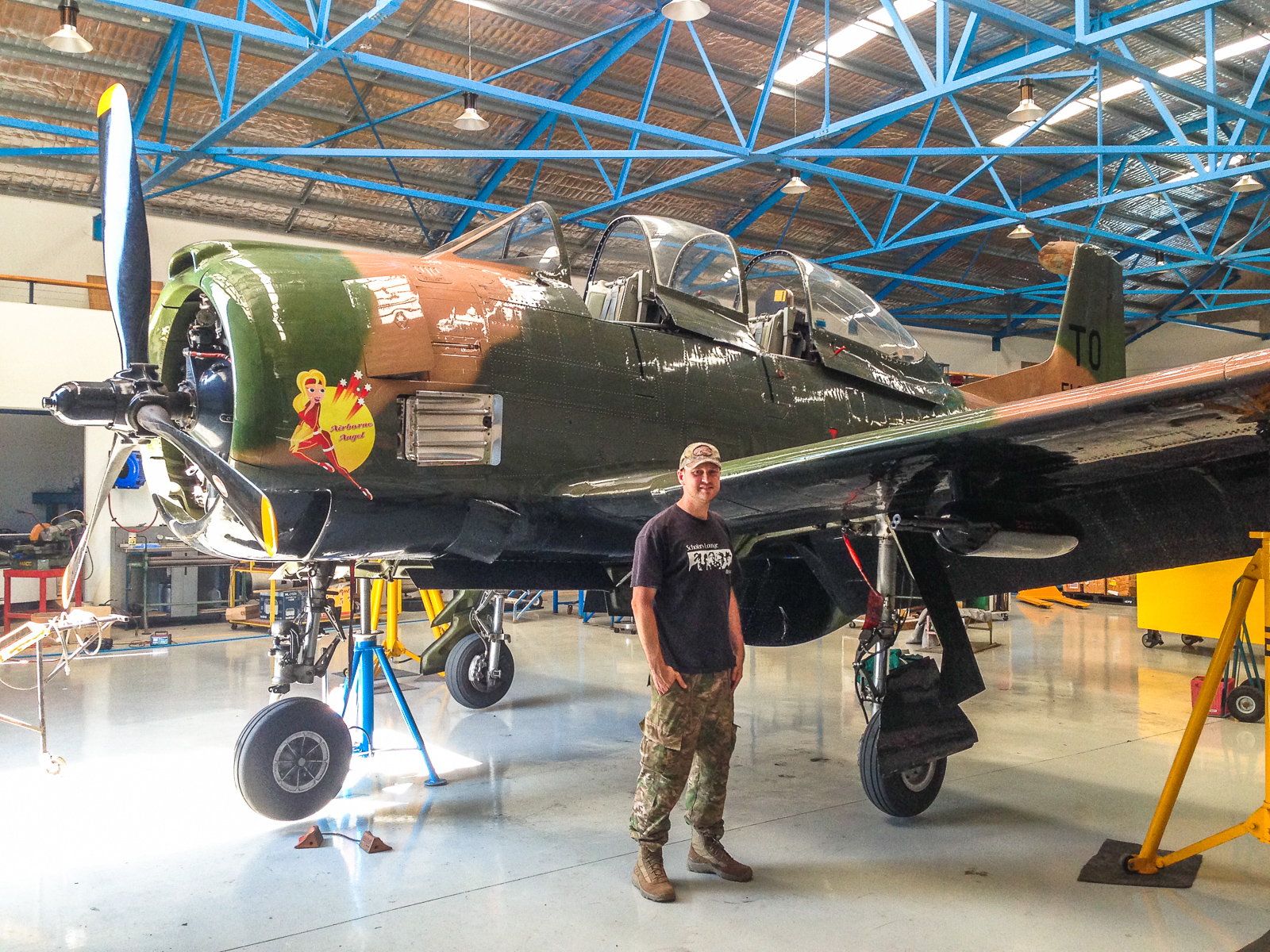 Speaking exclusively with WarbirdsNews, Australian pilot and warbird enthusiast Chris Godfrey discusses some of the history around his Vietnam War-era North American T-28D Trojan and the latest update on getting his prized possession back into the air.

Registered as VH-PFM, Godfrey’s T-28D Trojan has been a popular participant at airshows over the last two decades in New South Wales and more recently in Western Australia. It hasn’t flown in a few years though, and is currently being refurbished. Once re-flown, it will move from its current hangar in Western Australia to Godfrey’s home in Victoria, southeastern Australia.

Unusually, Godfrey’s aircraft is marked with a Vietnam War-era four-colour camouflage scheme – something which stands out in comparison to other Australian-based T-28s which are mainly painted in training or non combat schemes.

For the complete story by Phil Buckley for WarbirdsNews, click here.

Photo by Chris Godfrey via WarbirdsNews