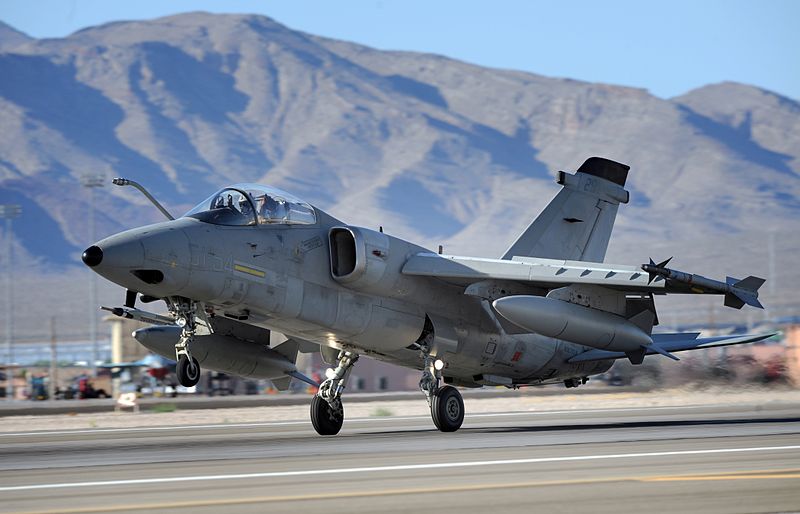 The AMX strike aircraft, a single-engined jet used for a variety of missions by Italy and Brazil, amassed 200,000 hours this week, almost 30 years after the prototype’s first flight.

The AMX, nicknamed Ghibli in the Italian Air Force, is a light-attack and reconnaissance plane produced in Italy and Brazil according to specifications issued by the two countries in 1981. It replaced the Fiat G.91Y in Italy and provided the Brazilian FAB with a new tactical aircraft, where it’s known as the A-1, to join Northrop F-5s and the Dassault Mirage IIIEs operating at the time as interceptors.

Alenia Aermacchi, successor of one of the AMX’s initial builders, and the Italian Air Force on Thursday celebrated the 200,000-hour landmark, which includes both operational and test flight hours. Brazilian partner Embraer, best known today for its regional jets, was the other partner on the AMX program, which concluded construction in 1999.

Six prototypes where manufactured (the first test aircraft was lost in an accident); 136 examples (110 single and 26 AMX-T twin-seat variants) were ordered by the Italian Air Force. Brazil ordered 56. Deliveries began in 1988. The AMX operated in Kosovo, Libya and continue to operate in Afghanistan where, since November 2009, they have flown more than 7,000 hours.

In Brazil, the ongoing A1-M upgrade program is updating the FAB’s AMX fleet to keep them operational at least up to 2032.

From an Alenia Aermacchi news release