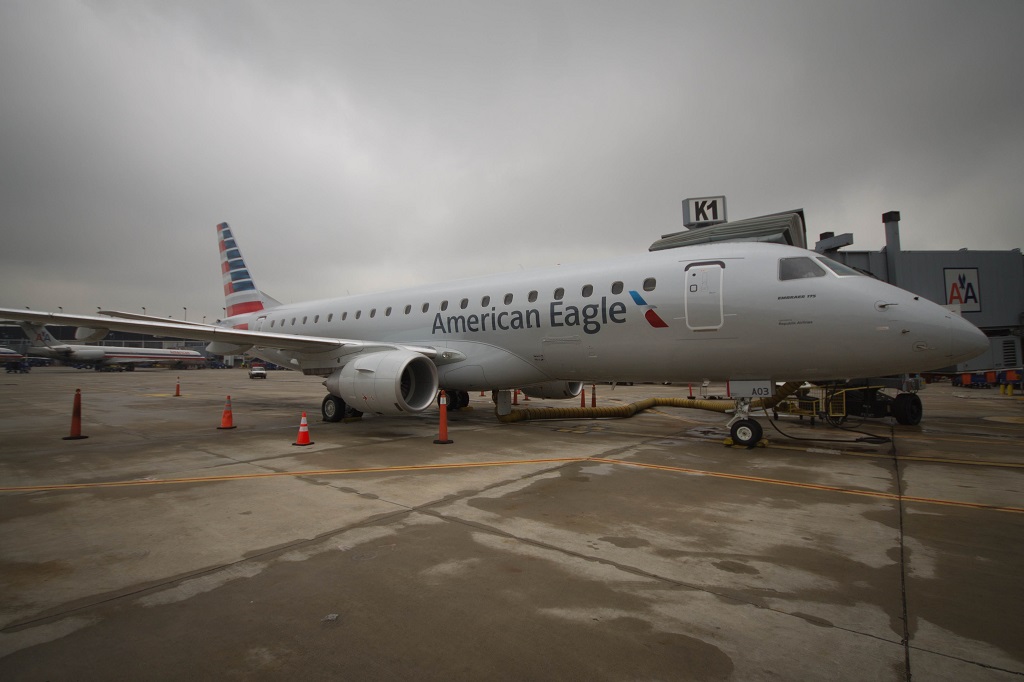 As the bankrupt American Airlines continues to revitalize its fleet and prepare for a merger with US Airways, the carrier on Wednesday introduced a new airplane into its livery: the Embraer E-175.

The Brazillian-made small regional jet will be operated as American Eagle by Republic Airways and will initially fly out of Chicago to New Orleans, Pittsburgh and Albuquerque. As the airline receives further aircraft, service will be expanded around the country and eventually to other departing airlines.

American plans to launch service on August 1, but they gave me a sneak peek inside the new E-175 yesterday morning at Chicago’s O’Hare Airport. The aircraft features 76 leather seats with 12 in the first class cabin and another 20 in Main Cabin Extra. The interior style and features are now state-of-the art, with larger overhead bins capable of accommodating most rolling luggage, generous overhead space (at 6 feet, 3 inches, I could comfortably walk down the aisle) and a bright, well-lit cabin.

For the complete story by Grant Martin of Forbes.com, click here.