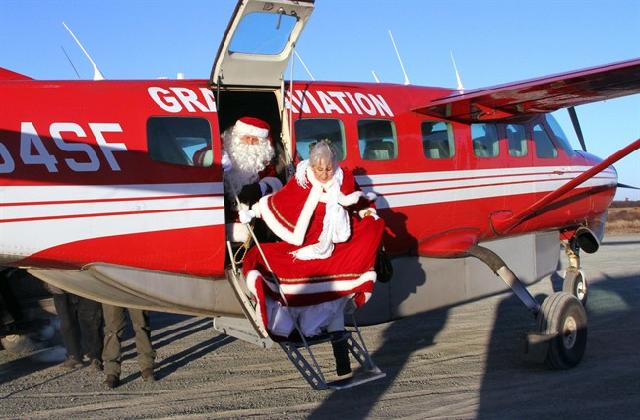 Christmas in Alaska came early this week to nearly 300 students attending school in the Yup’ik Eskimo village of Kwethluk.

Thanks to the volunteer program co-ordinated by the Alaska National Guard, Santa and Mrs. Claus greeted children in the western Alaska community and took pictures with them before helper elves handed out gifts.

“Santa and Mrs. Claus is not something that normally happens out there for them. It’s commonplace for us here in Anchorage or the bigger towns to be able to go to the malls and see Santa,” said Jo Katkus, the chairwoman of Operation Santa Claus, as she and 24 other volunteers waited early Wednesday morning at Joint Base Elmendorf-Richardson to load a military Lockheed C-130 Hercules cargo plane for the 298-mile flight.

For the complete story by Mark Thiessen of The Associated Press via the Edmonton (Canada) Journal, click here.