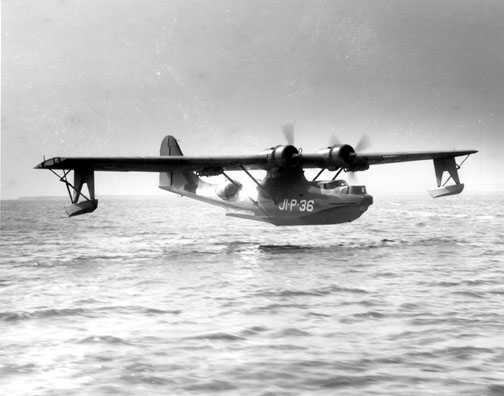 Local businessman Jim Slattery loves naval aviation, and it seems he will spare no expense to preserve it wherever possible.

Two years ago, Slattery, 62, of Poway, Calif., purchased a broken-down, World War II-era Consolidated PBY Catalina that was being worked on at an airport in South Africa. Tuesday afternoon, the plane arrived at its final destination, Gillespie Field in El Cajon, after a 16-leg, 12,000-mile journey that lasted three weeks.

The aircraft is the 46th in Slattery’s collection and will eventually be on display in a “Greatest Generation Naval Museum” that he intends to open in the coming months. “It’s a labor of love,” Slattery said. “It’s about saving the airplane. It’s all about trying to preserve history.”

For the complete story by Nathan Max of UTSanDiego.com, click here.