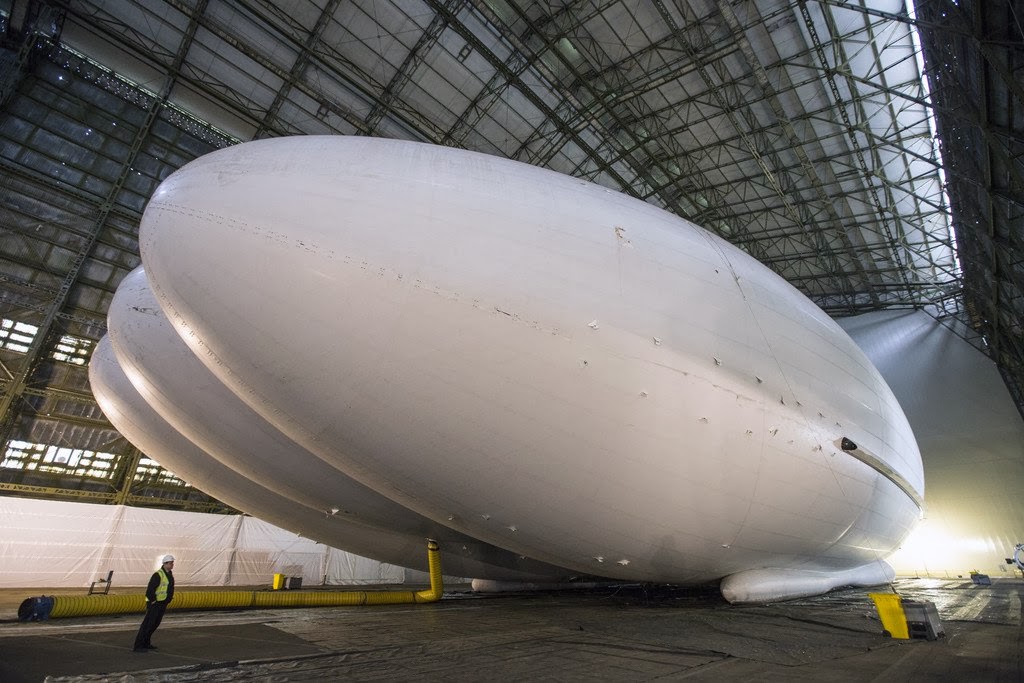 A massive, lightweight airship that is referred to as the “world’s largest aircraft” is getting ready to launch. The Airlander 10, which was developed by UK-based company Hybrid Air Vehicles will hopefully be hitting the skies sometime later this year

In February, the International Business Times reported the airship was undergoing engine tests, and the company indicates it will fly in 2015. The Airlander 10 is a unique concept, as it combines aspects of a plane, helicopter and even a blimp. The airship measures just over 300 feet in length.

Initially, it was created to assist the U.S. Army in surveillance operations, however that changed due to budget cuts and eventually the business received a nice grant from the UK government to move forward with the project.

For video and the complete story by Aol.com, click here.