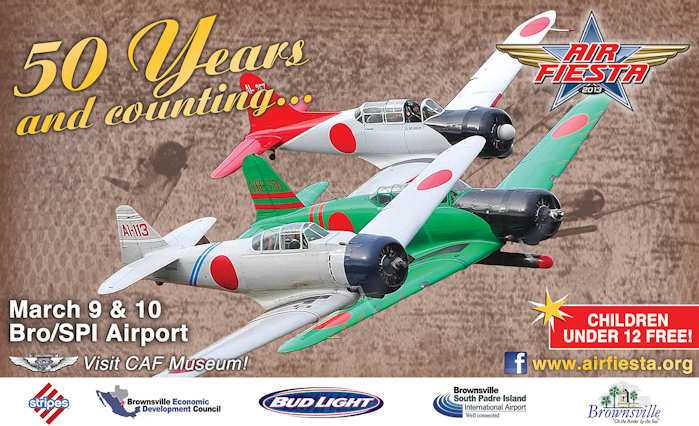 Air Fiesta 2013, scheduled for the weekend of March 9-10 at the Brownsville (Texas) South Padre Island International Airport, falls on an important milestone in the history of air shows in the Rio Grande Valley. March 10 will mark 50 years to the day that the Confederate Air Force, in those days a rag-tag band of “warbird” enthusiasts based in Mercedes, held its first air show at Old Rebel Field, formerly Central Valley Airport.

“It created the largest traffic jam in Valley history to that point,” Air Fiesta Chairman David Hughston said. “In fact, they had to turn people away, which is unheard of in the air show business.”

The air show and eventually CAF’s headquarters were moved to Harlingen’s freshly decommissioned air force base, now Valley International Airport. In 1990, the CAF moved its headquarters to Midland. The Rio Grande Valley Wing was relocated to Brownsville. In 2004, the group changed its name to the Commemorative Air Force.

For the complete story by Steve Clark of The Brownsville Herald, click here.